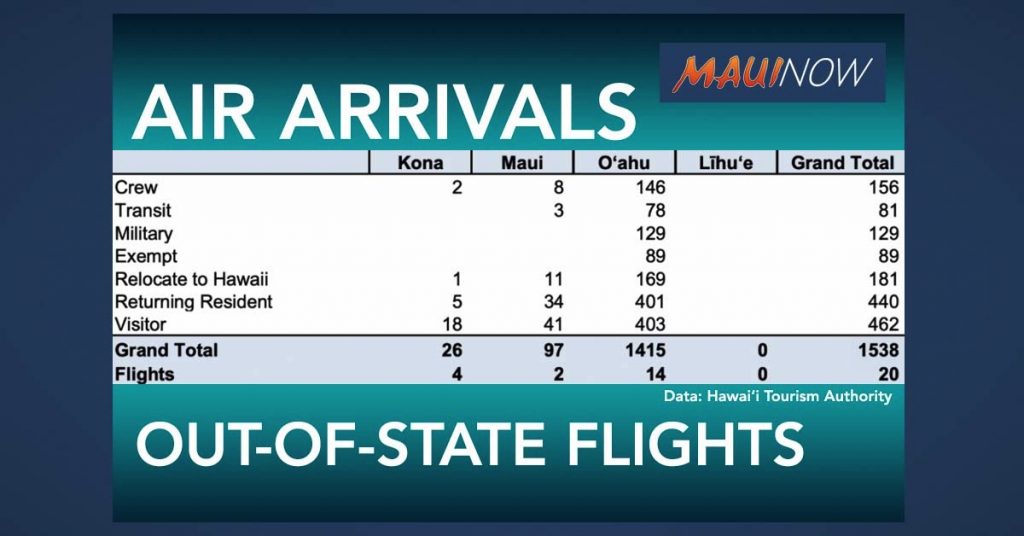 On Monday, June 1, 1,538 people arrived in Hawaiʻi, according to new data released by the Hawaiʻi Tourism Authority and compiled by data collected by the Hawaiʻi Department of Transportation’s new Mandatory Travel Declaration Form.

The 14-day quarantine on out-of-state travel remains in effect through June 30, but is expected to be extended beyond that point according to prior discussion with the governor.  An announcement regarding the quarantine for out-of-state arrivals is expected next week.