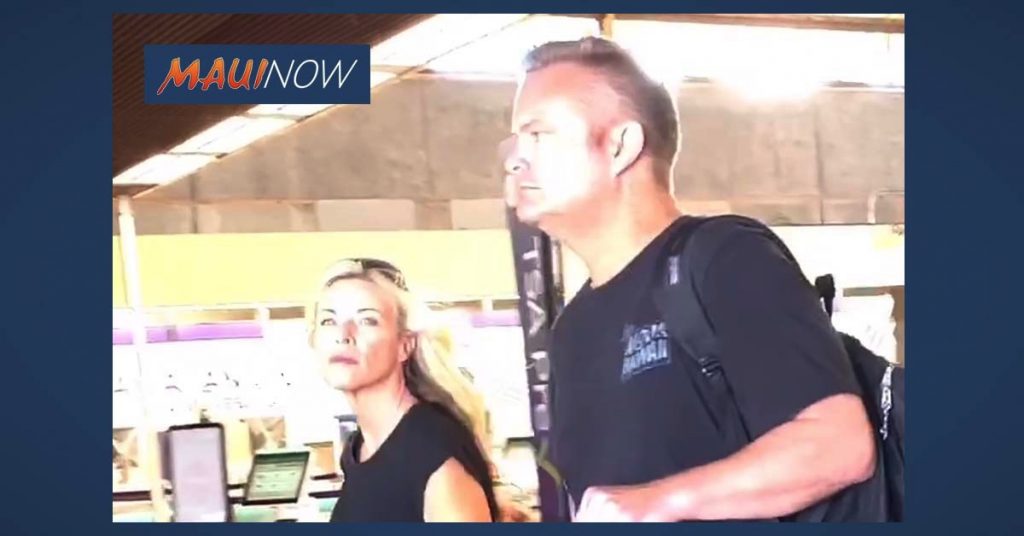 Chad Daybell (pictured right) was taken into custody this morning in Idaho. PC: file Feb. 18, 2020 at Kahului Airport on Maui.

Chad Daybell was taken into police custody today as Rexburg Police confirmed the discovery of what they believe to be human remains at the man’s home in Idaho, according to multiple media reports.

“Throughout the investigation, detectives and investigators have recovered what’s believed to be human remains that have not been identified at this time,” said Rexburg Assistant Chief Gary Hagen during a video press conference carried by Local News 8, the ABC affiliate KIFI/KIDK in Idaho.

In the brief address, AC Hagen had indicated that the investigation involves the missing children’s case of Tylee Ryan and Joshua “JJ” Vallow.  Ryan and Vallow are the children of Daybell’s new wife, Lori Vallow Daybell who was arrested on Kauaʻi in February and charged with two felony counts of desertion and nonsupport of dependent children when she failed to follow court orders to produce the children.

During their time in the islands, the newlywed couple made a brief visit to Maui amid the national media attention surrounding the case.

East Idaho News reports that police and the FBI were on scene this morning where they were carrying out a search warrant as part of their investigation.

Police are also investigating the death of Tammy Daybell, Chad Daybell’s former wife who died in October.  She was buried in Utah, but her remains were exhumed two months later after an investigation by the Fremont County Sheriff’s Office determined that her death may be suspicious.  Results of an autopsy in that case have not yet been released.