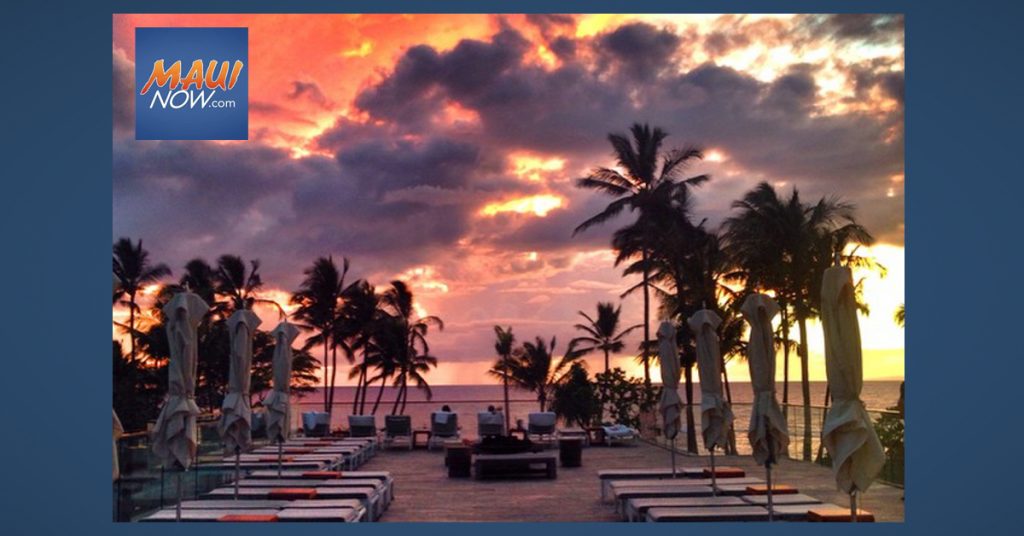 Maui Mayor Michael Victorino confirmed the planned arrival of cast and crew this weekend for the filming of Temptation Island over the next two months at the Andaz Maui at Wailea Resort.

Mayor Victorino said he was informed of the production plans yesterday.  According to the mayor, the series gained approval from the State Filming Commission.  “They’re following all the necessary protocols set by the governor… I don’t know the exact number.  I’ve been told about 100 workers and cast members.”

“I’m not too keen about it.  In fact, I’m not very happy about it, but it’s been approved on the state level,” said Mayor Victorino, but said he’s been told that protocols would be in place.

The comments were made during a media briefing when Hawaii News Now asked the Mayor to provide specifics about the production.

“From what I’ve been told they will stay right in that location–film, stay, live, eat.  They’ll have doctors and nurses and other medical professionals there,” said Mayor Victorino.  “If anything does go wrong, we will shut it down as quickly as possible,” he said.

The Mayor said an upside is that the hotel will be bringing back the workers from the ILWU Local 142.  “They will be stationed there.  They’ll be tested before they leave,” said Mayor Victorino.  “The main reason why I will not shut it down at this point and give them a chance is because the Andaz is now going to make sure that all the employees that are going to be called back will receive not only their wages, but their full benefits… so I believe this is a goodwill on their part, and I’m accepting that good will because there are a lot of employees that really need that help and I want to give them an opportunity.”

“We’re going to make sure that all of the PPEs and everything else that’s necessary, they will make sure that these people are equipped properly… for those naysayers out there, who have nothing better to say, and nothing better to complain about…  This is a chance for people who have not worked for four or five months, an opportunity to get back to work,” said Mayor Victorino.

According to the mayor, the production will last until sometime in mid-October.  Mayor Victorino said a formal production announcement is expected in the next day or two.

“Again, I’m not excited about the prospect, but it is a benefit to our community and to those workers who will be able to get back some dignity and work in Maui County,” said Mayor Victorino.

There is a mention of film production in the Mayor’s Public Health Emergency Rules. The very last item of the document provides a link to the City and County of Honolulu Film Office for guidelines and practices for filming during COVID-19.

According to a June 25 update on the Hawaii Film Office website, the department said state departments including DLNR (State Parks, Boating, Land Management, and Forestry), DOT (Airports, Highways and Harbors), DAGS (State buildings and parking meters), and the Department of Hawaiian Home Lands have all “confirmed their eagerness to get the ball rolling again on film permits with the Hawaiʻi Film Office.”

Other productions that have filmed in the islands in the past are listed here.