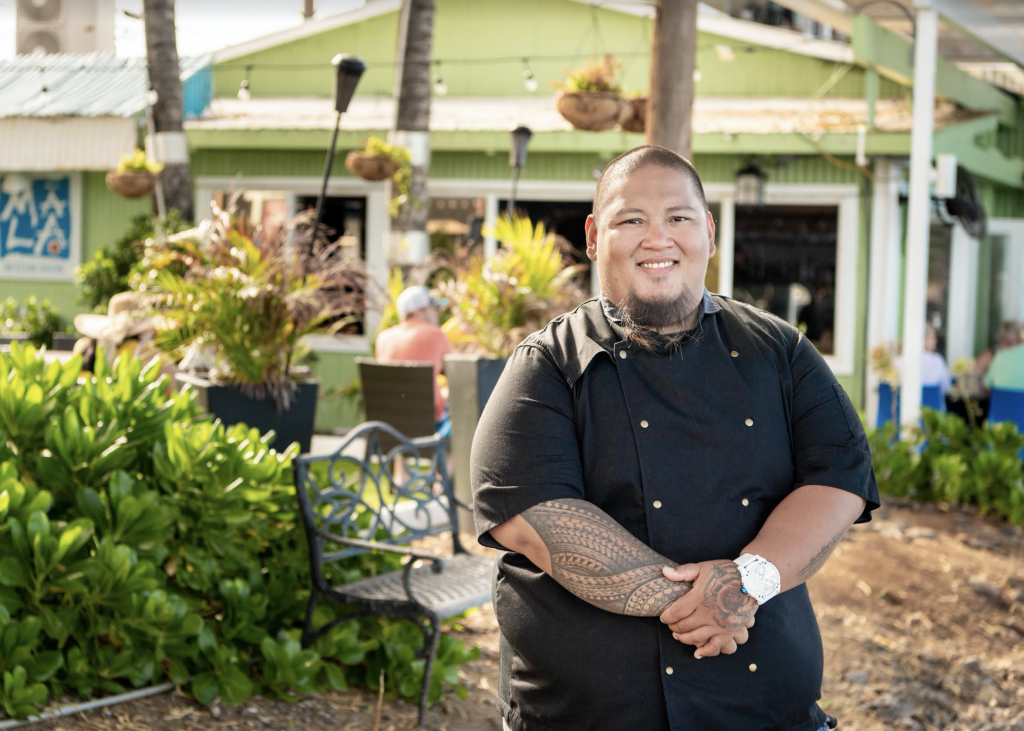 After culinary school, Savella honed his craft for 10 years in Los Angeles while working for a wide variety of Chef’s. From his experience at the Ritz, he said, “I never had to leave, because the new chefs I could learn from kept coming in.”

In 2012, Savella moved back home to find himself working at the Ritz Carlton in Kapalua and eventually taking on Chef de Cuisine honors at Humuhumunukunukuapuaʻa at the Grand Wailea.

Due to COVID, Savella’s displacement left him open to new opportunities. After several guest Chef appearances at Māla Ocean Tavern, the opportunity came to be the Executive Chef of a team of aspiring chefs at both Down The Hatch and Māla.

Chef Alvin Savella is known for his inventive approach to cuisine. As Executive Chef of Down The Hatch and Māla Ocean Tavern, Chef Savella will maintain the signature of each restaurant and begin to steer the restaurants on a new journey with menus featuring an array of innovative dishes, all highlighting Hawaiʻi’s freshest produce and sourcing local proteins.

When asked about what lured him to come into his role, Chef Savella said “To take the next step for myself as an Executive Chef and to take over the kitchens of staple restaurants in my hometown of Lahaina. I’m excited to shape Māla’s own culinary identity and come on board to allow Māla to stand on it’s own.”

As for taking over the kitchen in Down The Hatch, Savella looks forward to experimenting with the Southern Aloha Cuisine that DTH is known for.  “I love all cuisines and I’m excited to bring flavors of the south and combine them more with the flavors of Maui… I can cook anything,” The Kitchen Assassin boasts.