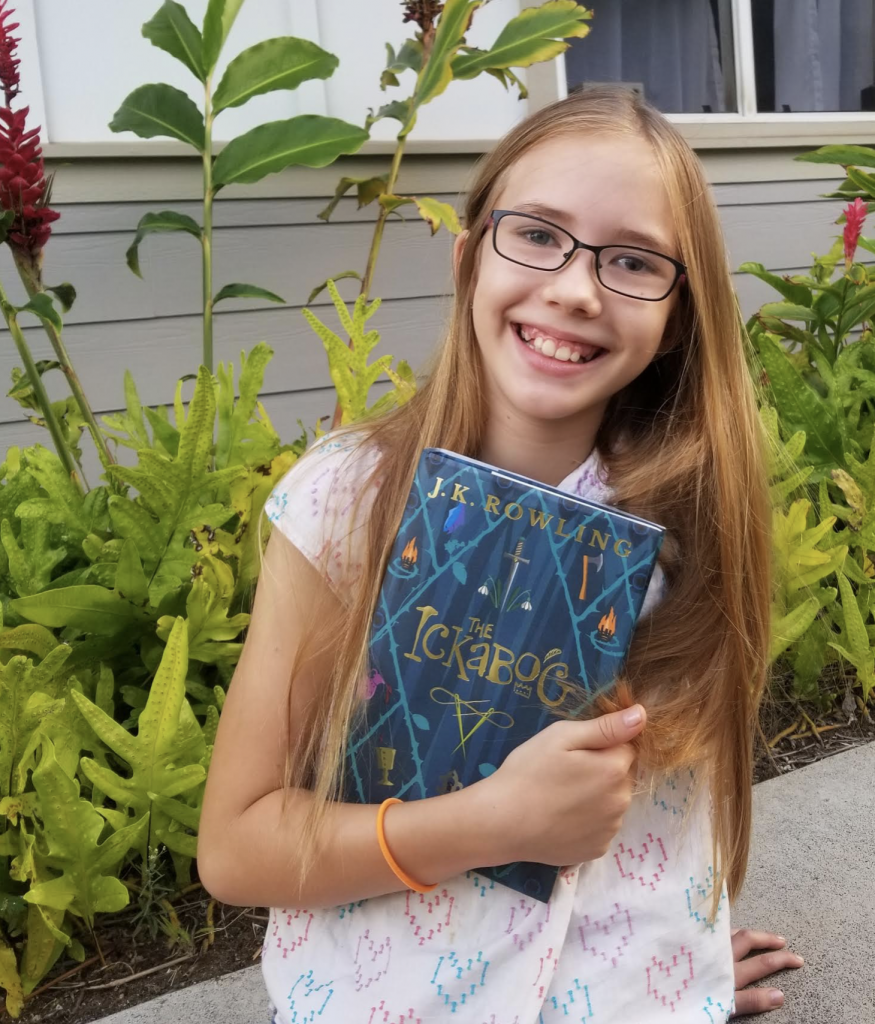 A Wailuku girl is one of 34 kids whose drawings are featured in “The Ickabog” by J.K. Rowling.  The fairy tale book is Rowling’s first children’s book in 13 years, since the last Harry Potter book was published in 2007.

As part of the prize package, 10 year old Lucia Romero won a book donation for her school, Haleakalā Waldorf School in Kula, worth $650.

The Ickabog Illustration competition received more than 42,000 entries with winners ranging in age from 7-12 years old. The winners were selected by a panel of judges at Scholastic, the book’s publisher. J.K. Rowling was not a judge of the competition and did not influence the choice of winners, but she did share and comment on children’s artwork online.

Ellie Berger, President of Scholastic’s Trade Division, said, “With over 42,000 entries submitted, it’s been incredibly exciting to see all the wonderfully imaginative hand-drawn illustrations by talented children who were inspired by the rich storytelling, powerful and positive themes, and delightful cast of characters in The Ickabog.

“Although it’s been a challenge to choose just 34 illustrations, we’ve been amazed by the winners’ colorful interpretations of the story, all of which show incredible imagination, whimsy, and creativity. The hopeful message of this classic fairy tale by J.K. Rowling will resonate with readers of all ages…” said Berger.

J.K. Rowling is donating her royalties through her charitable trust, The Volant Charitable Trust, to assist groups who have been particularly impacted by the COVID-19 pandemic in the UK and internationally.