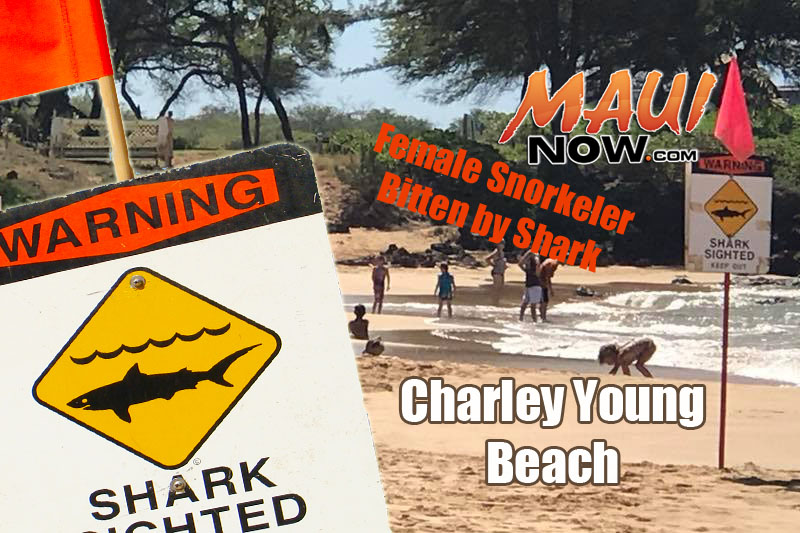 A female snorkeler suffered injuries to her lower left leg in a shark bite incident this morning (Friday, Oct. 14, 2016) off of Charley Young Beach in Kīhei.

The incident was reported just before 10 a.m. in waters about 40 feet from shore and seven feet deep.

Shark warning signs were posted this morning by Maui County Ocean Safety lifeguards and Department of Land and Natural Resources staff on the Kīhei coastline from Kalama Park to Kamaʻole Beach Park III.

State officials with the Department of Land and Natural Resources say ocean conditions were calm, but somewhat murky.

The victim, a part-time Maui resident, was transported to a hospital for further treatment.

Staff from DLNR Division of Conservation and Resources Enforcement and Division of Aquatic Resources remained on scene at last report.  They are assisting Maui Ocean Safety personnel with jet ski patrols in the area, warning ocean users of the incident.

Following the state’s shark response protocol, warning signs will remain up until noon on Saturday, at which time the situation will be re-assessed.

Based on data for the 35 year period ending in 2015, October is the month with the greatest number of shark bites, according to the Division of Aquatics Resources.

At 9:50 a.m. on Friday, Oct. 14, 2016, emergency crews in South Maui responded to Charley Young Beach for a person being brought to shore and who was bleeding from the leg.

Ocean Safety lifeguards from Kamaole Beach I were on scene at 9:55 a.m. and treated a 66-year-old female visitor from Washington State for injuries to her left leg. The woman is also a part-time resident in Kihei. There were no witnesses that could confirm a shark sighting during the incident, but the woman’s injuries appear consistent with that of a shark bite, fire officials said.

Maui Fire Services Chief Edward Taomoto said bystanders on shore heard the woman yelling for help about 20-30 yards offshore, between Charley Young Beach and Cove Park. A male visitor from Washington State swam out to assist the woman. A nearby standup paddle boarder also heard the commotion and came to her aid.

The woman as pulled onto the board and brought back to shore.

Two nurses and a firefighter vacationing from the mainland began treating the woman before ocean safety lifeguards arrived and took over. Paramedics treated the woman and transported her to Maui Memorial Medical Center in serious condition.

The woman was reportedly snorkeling when the incident occurred.

Shark warning signs have been posted along the coastline between Kamaʻole Beach III and the area fronting the tennis courts at Kalama Park. Maui County ocean safety personnel and Division of Conservation and Resource Enforcement officers from the State Department of Land and Natural Resources have been informing ocean users to keep out of the ocean until noon Saturday.

Officials with DLNR DOCARE and Maui County will jointly reassess the decision to remove the shark warning signs at noon tomorrow. 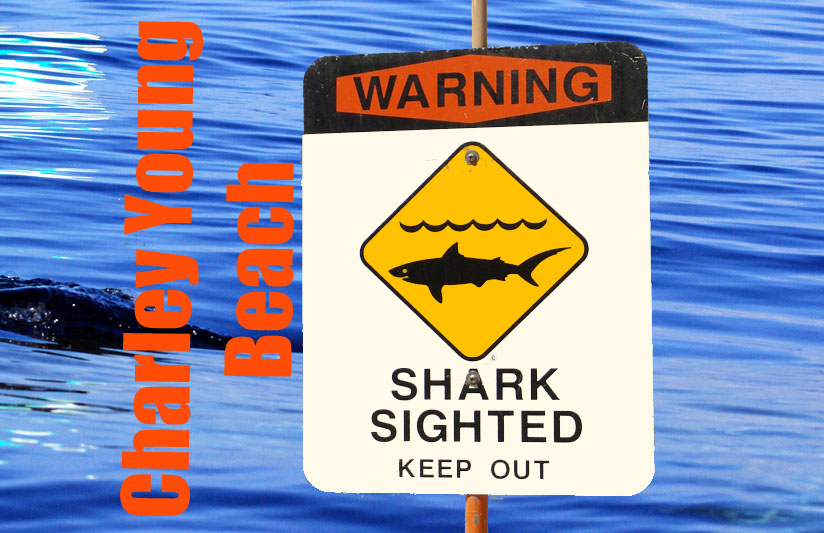 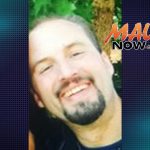 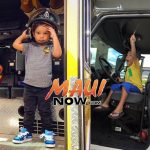