Erick has become a major category 4 hurricane and has moved into the Central Pacific basin where it is being tracked by forecasters in Hawaiʻi.

The system is located far East-Southeast of Hawaiʻi and was last tracked about 840 miles ESE of Hilo, Hawaiʻi.

The Central Pacific Hurricane Center reports that some additional strengthening is expected later today with gradual weakening possible by tomorrow, and more rapid weakening by Thursday. The CPHC is also forecasting turn toward the west-northwest at a slightly slower forward speed later today through Thursday.

According to the latest forecast from the National Weather Service, a “low level trough will move into the eastern half of the state by early Tuesday morning, enhancing clouds and showers over all islands through Tuesday night.”

“On Friday Erick moves into the Hawaiʻi region with another round of enhanced winds and showers spreading westward across the state from Thursday night into the weekend. Additional impacts from Erick are possible and will depend upon the final intensity and storm track,” according to the NWS.

Forecasters are also tracking Flossie, which became a hurricane (as of the 11 a.m. updated) according to the National Hurricane Center.  The NHC says Flossie could be near major hurricane strength by Thursday.

Flossie was last located 1055 miles southwest of the southern tip of Baja California and 2290 miles ESE of Hilo, Hawaiʻi. The system has sustained winds of 75 mph and is moving toward the west near 14 mph. 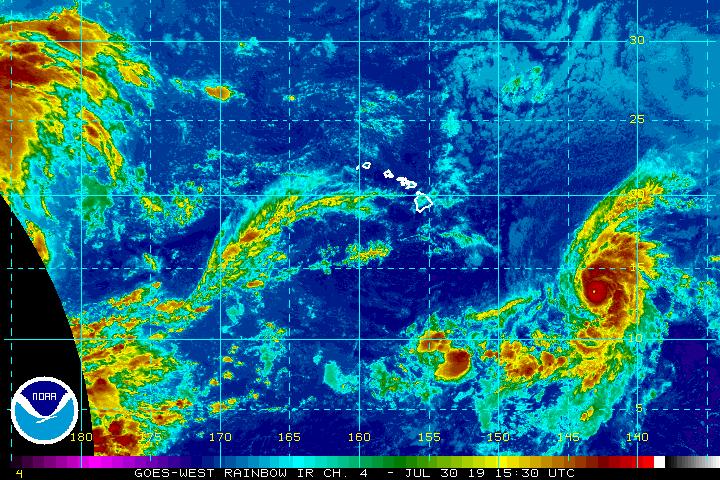 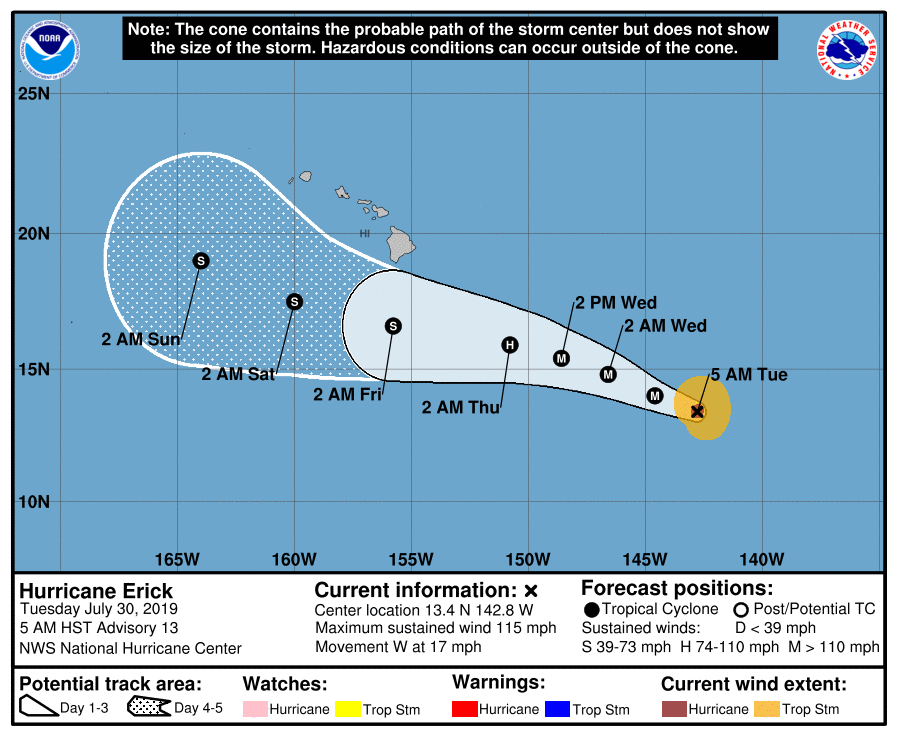 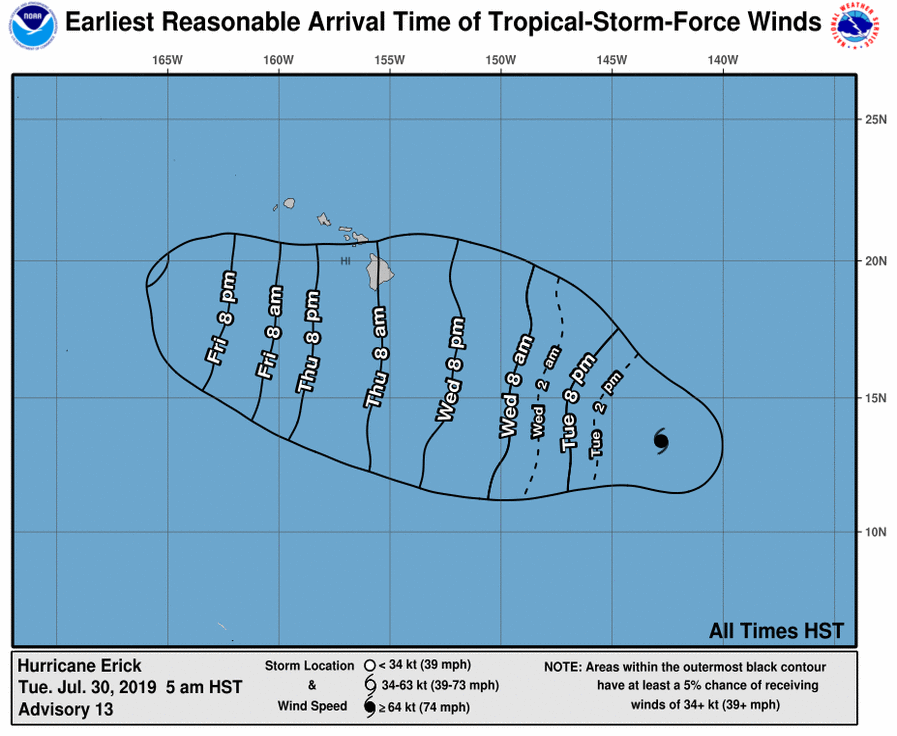 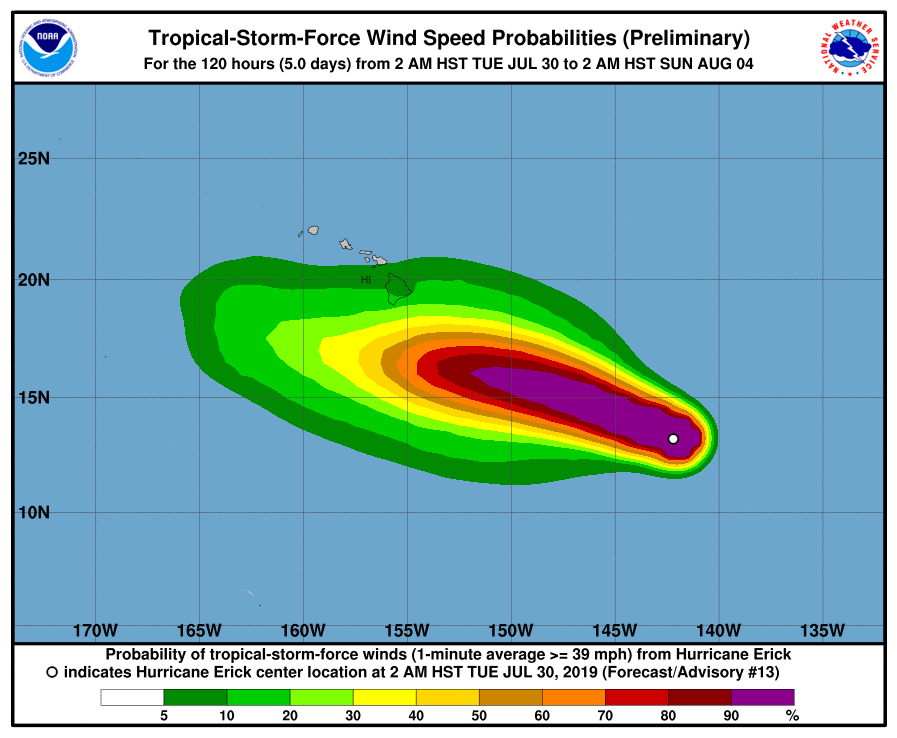 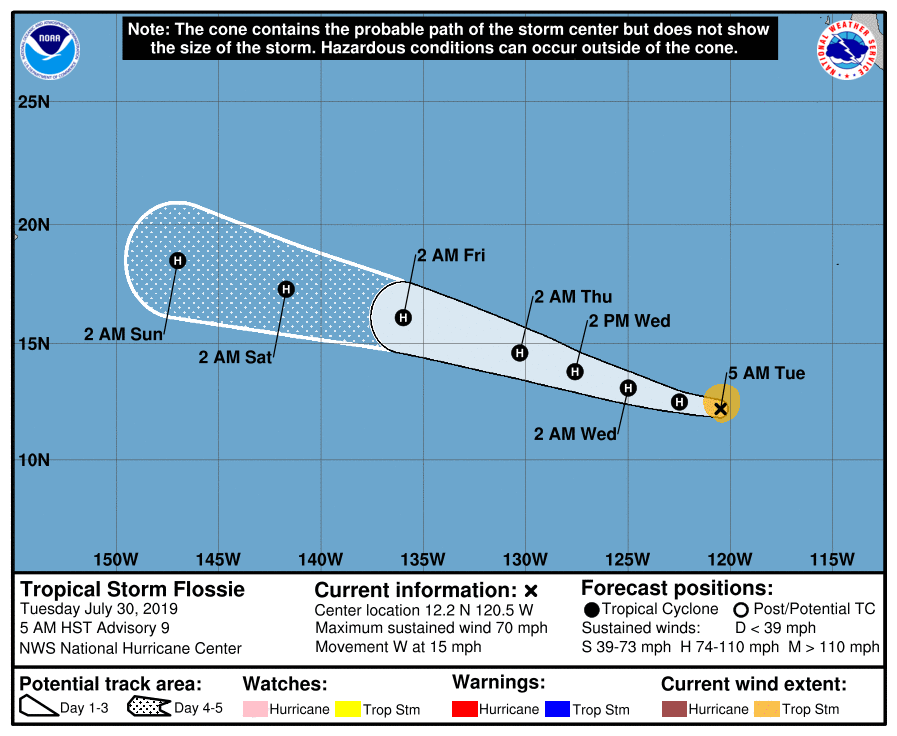