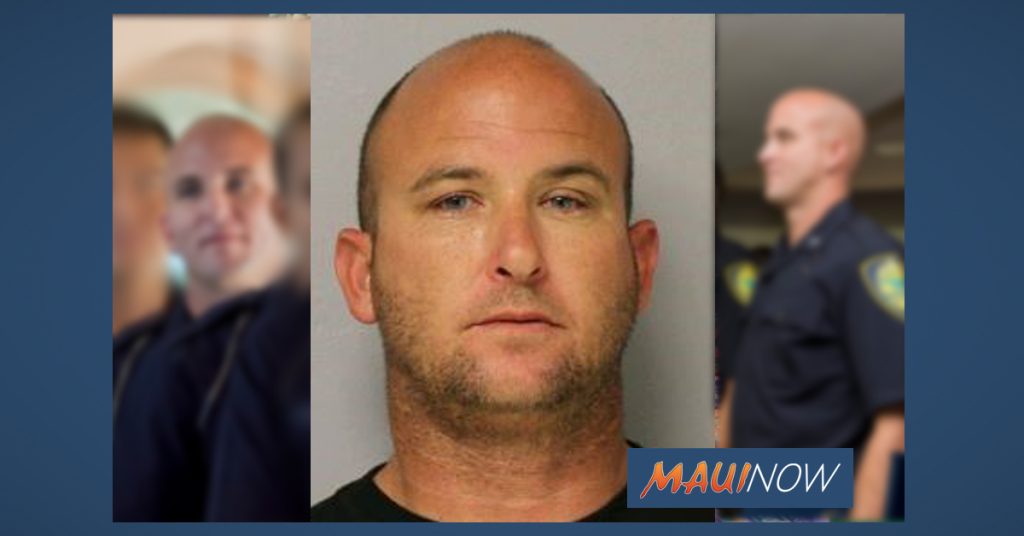 Maui Police Officer Brandon Saffeels has been placed on leave without pay and his police authority has been restricted, according to an update issued this morning by Maui police.

As of Aug. 27, 2019 at 11 a.m., Saffeels remains in custody on one arrest warrant for the three charges of attempted perjury, first degree attempted hindering prosecution and witness tampering.  His total bail has been set at $50,000.

Criminal and internal investigations are underway.

The 34-year-old Saffeels has been with the Police Department for four years and his most recent assignment was to the Wailuku Patrol Division.

The charges come after several women came forward saying Saffeels contacted them after either an arrest or responding to 911 calls without their consent.  In one instance the victim said Saffeels arrested her for driving under the influence earlier this year and offered to change his testimony for what was hinted as a sexual encounter.

Saffeels was arrested as he stepped off a flight at Kahului Airport on Monday.

“We re-iterate our desire to make right any alleged wrong that may have been caused by these actions.  Anyone wanting to file complaints can do so by notifying an officer’s supervisor, the Internal Affairs through the office of the Chief of Police and by filing a complaint with the Maui Police Commission,” police said in a press release statement this morning.

“I join Maui Police Chief Tivoli Faaumu in condemning misconduct. Breaches of community trust will not be tolerated. I have every confidence that these allegations of police misconduct will be thoroughly investigated, both criminally and administratively. I echo Chief Faaumu’s sentiment that our community needs to heal from these wounds, and that the trust we have in law enforcement will once again be earned.

“Recent allegations of misconduct by a Maui police officer have shaken public confidence in the Maui Police Department. We need to have faith that police officers will serve and protect us – not abuse their authority. While disappointed in these revelations, I’m encouraged that the officer has been arrested, and charges have been filed. To maintain the integrity of our legal system, due process must be allowed to take its course.

“During a difficult time, such as this, I would like to thank the men and women of the Maui Police Department who do their jobs, daily, with honor and integrity. At any moment, they may be called upon to put their lives on the line to protect and serve our community. Their good work honors their uniform and shield.”

The contact information for alleged victims is as follows: 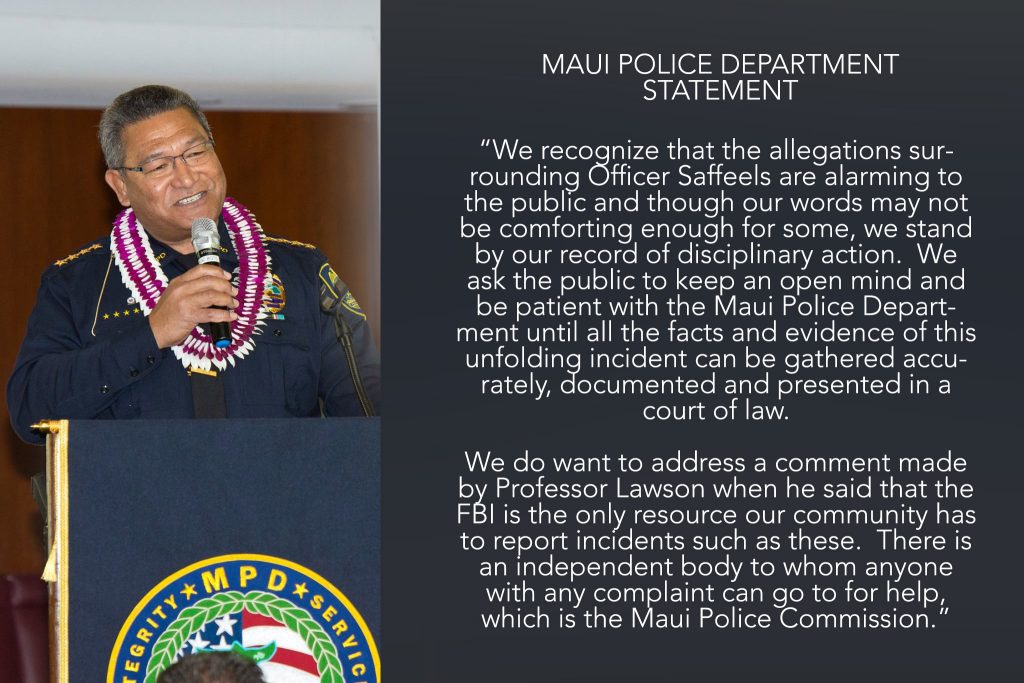