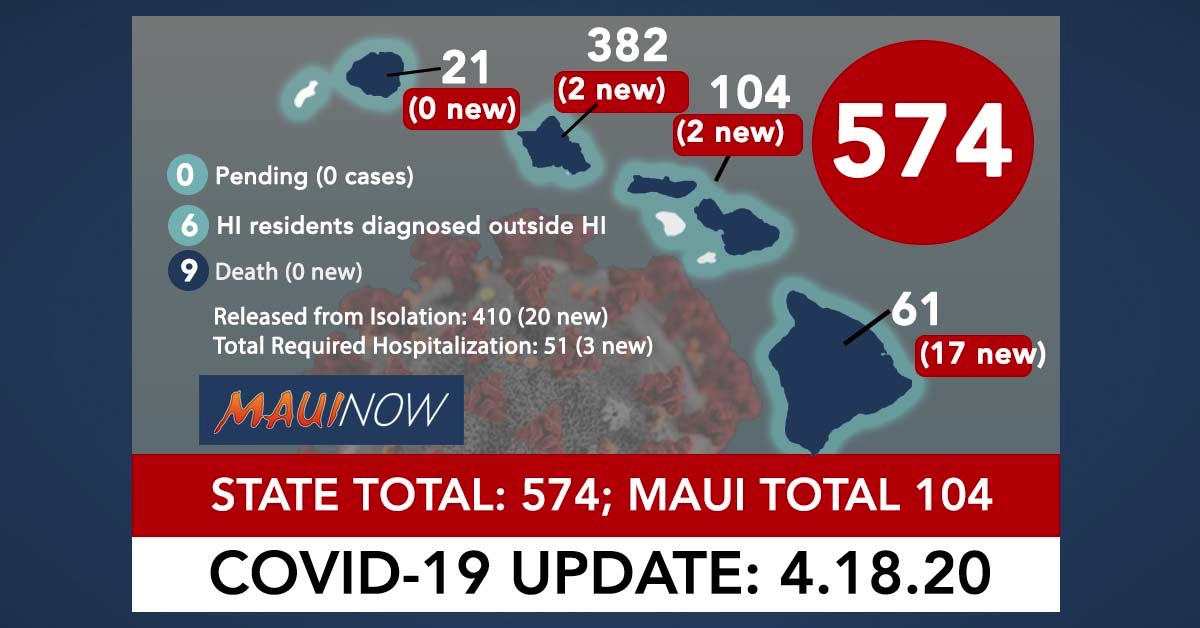 As of noon on Saturday, April 18, 2020, there are 574 cases of COVID-19 identified in Hawaiʻi with 21 new cases. Most of those cases were from Hawai‘i County – where there was a cluster of COVID-19 cases among the McDonald’s restaurants in Kailua-Kona. The total includes:

There is no pending cases, where the island of residency has not been determined, which remains unchanged from yesterday’s count.  There were also six cases that are identified as Hawaiʻi residents who were diagnosed outside of Hawaiʻi.

The Hawaiʻi State Department of Health reports that there were 410 individuals released from isolation; and 51 cases that have required hospitalization.

Maui County has 2 new cases for a total of 104 confirmed positive. Of the 104 cases in Maui County, at least 52 have been released from isolation, and 7 have required hospitalization.

There is a COVID-19 cluster on Maui at the Maui Memorial Medical Center.  The state adjusted the Maui Hospital cluster count upward to 42 individuals under investigation (up by one from previous counts). The DOH’s investigation at MMMC continues and DOH officials say “it appears the outbreak may have been driven by a single healthcare worker who was allowed to work while ill.” The cluster of 42 people include 27 staff and 15 patients.

The Department of Health reports there have been a total of 29 confirmed cases associated with the cluster among the two McDonald’s restaurants in Kailua-Kona that now includes a total of 17 employees and 12 household members. DOH is conducting contact tracing for new cases and continuing to monitor employees and family members, all of whom are in isolation or quarantine. Both restaurants (at Kona Commons and at Walmart in Kailua-Kona) remain closed.

“It is critical that the community continues to be vigilant with practicing social distancing policies and preventive measures such as staying at home when sick, avoiding others that are sick, washing hands, sneezing and coughing etiquette and wearing a cloth face mask per Governor Ige’s fifth supplemental  proclamation,” said DOH officials. 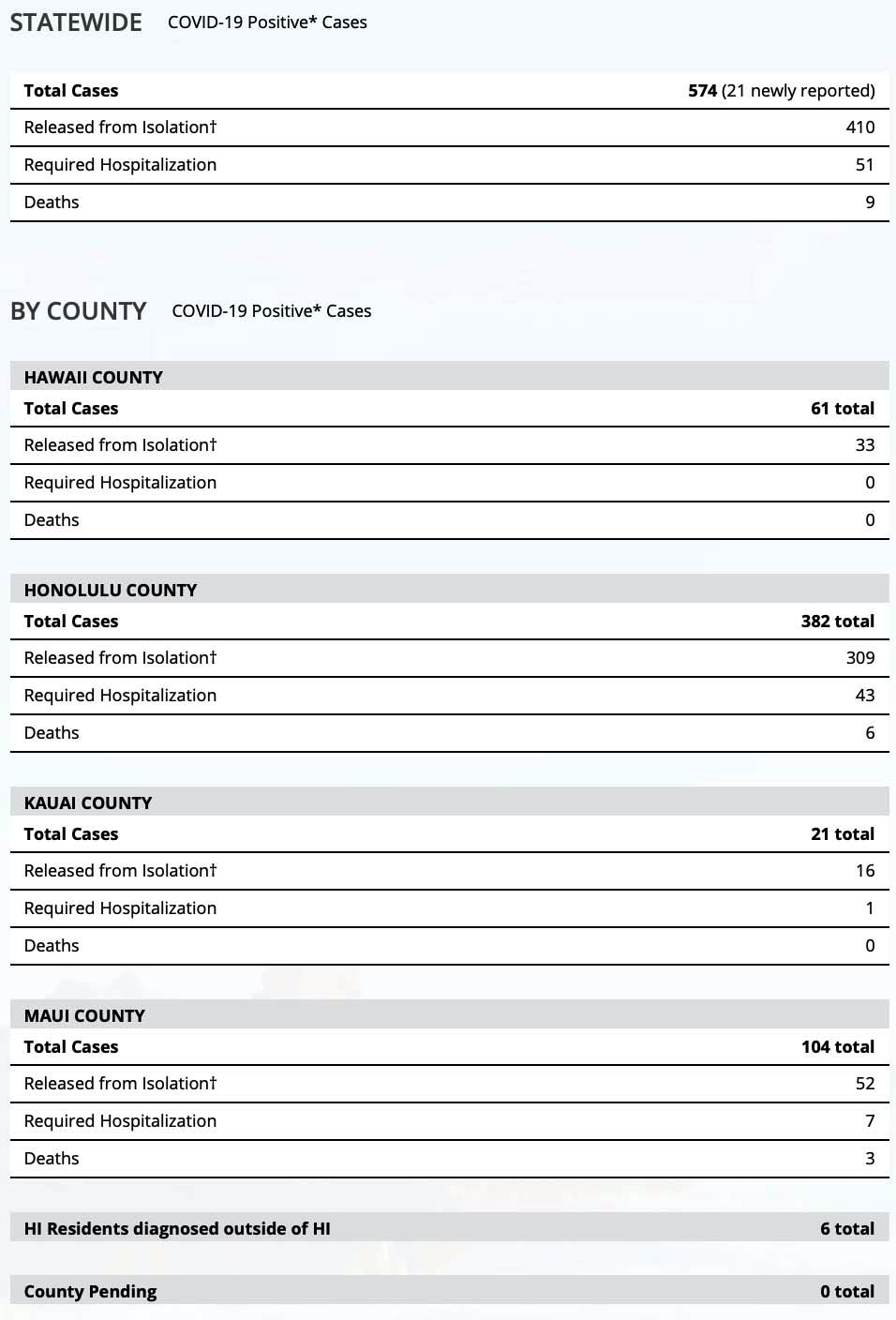 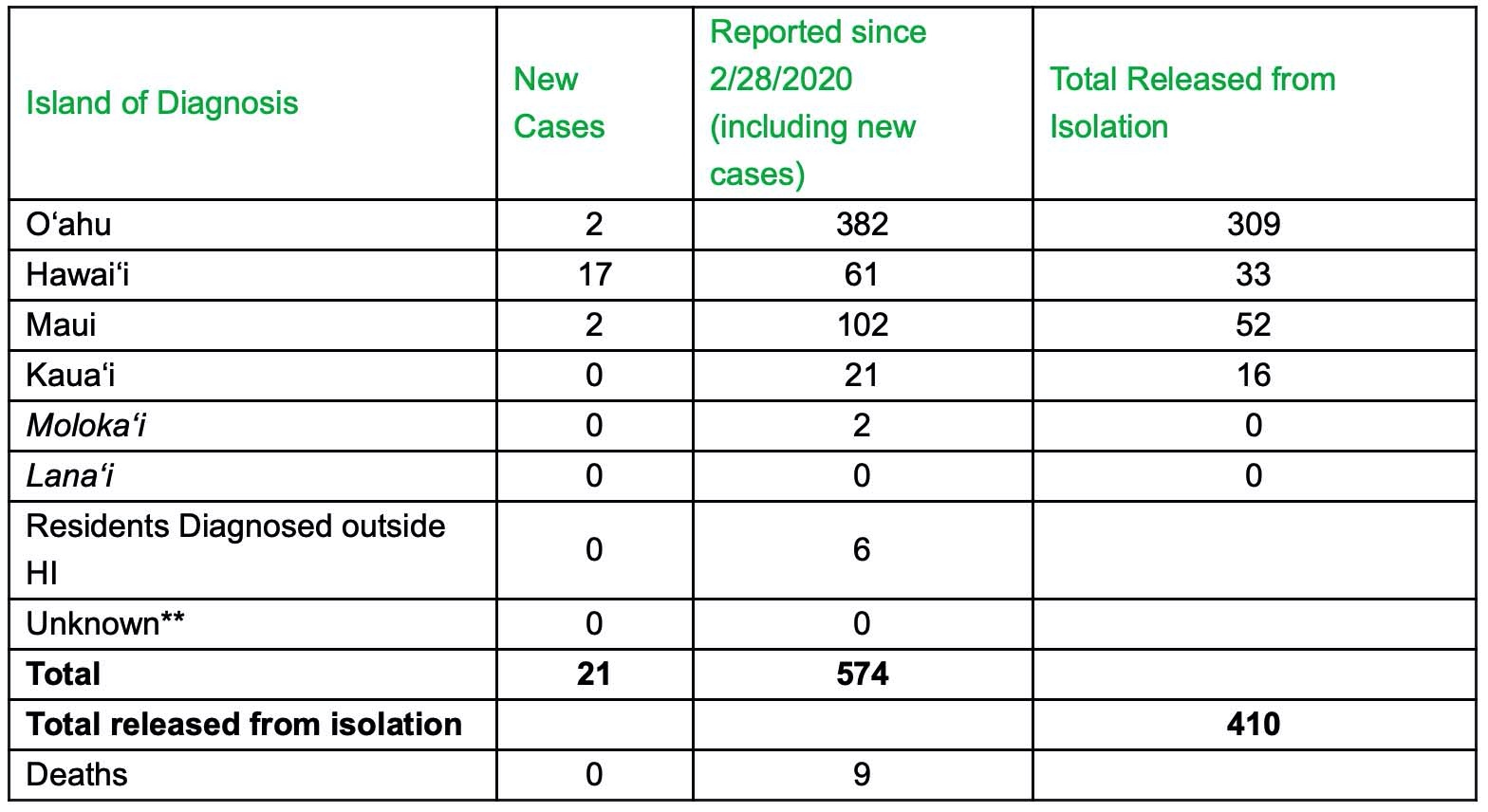 ** Refers to positive cases that have an unknown county of diagnosis at the time of this report. As more information becomes available for these cases, they are assigned to the proper County of Diagnosis. A negative number indicates the number of previously unknown cases that have now been assigned to a county. 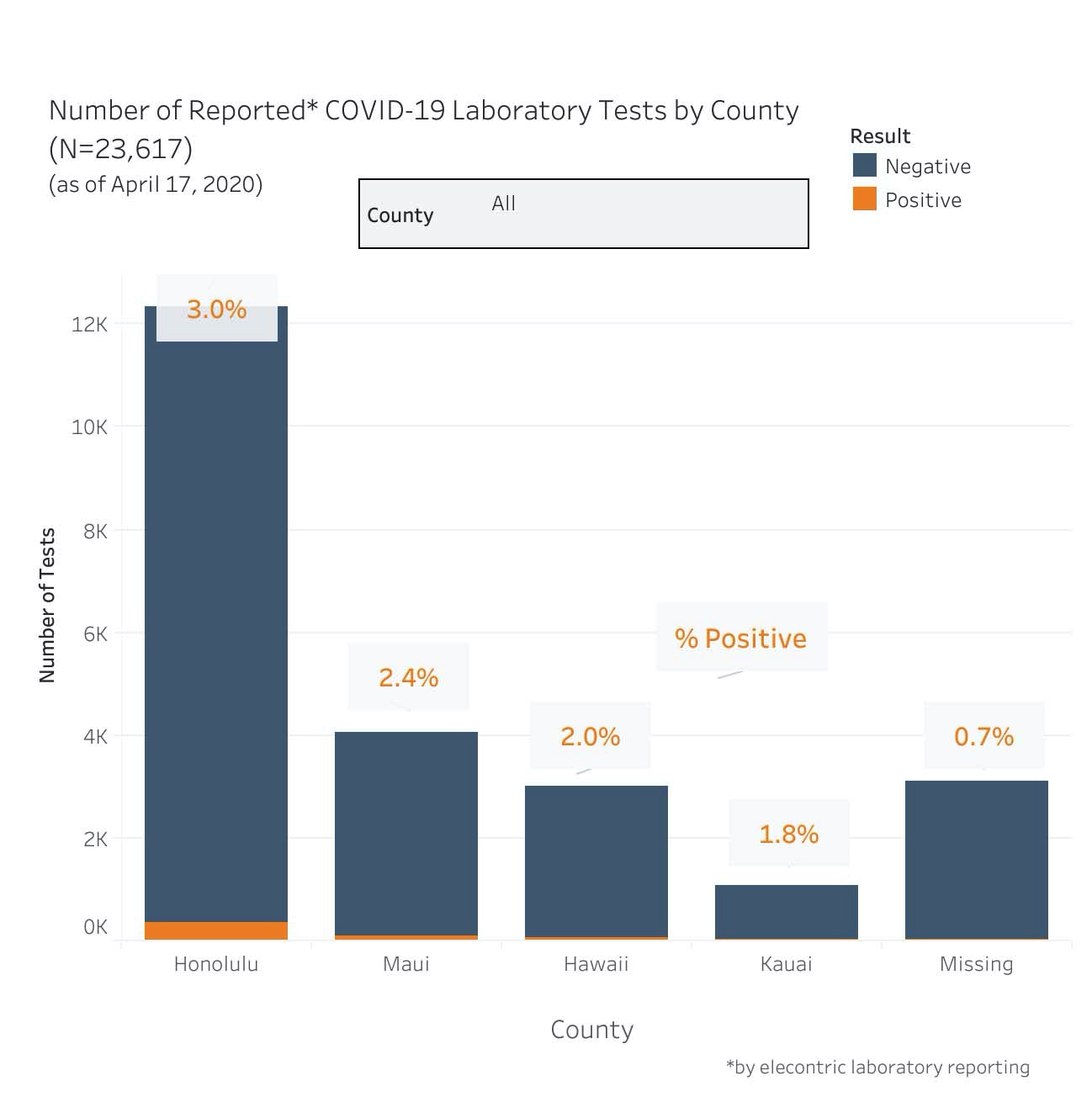 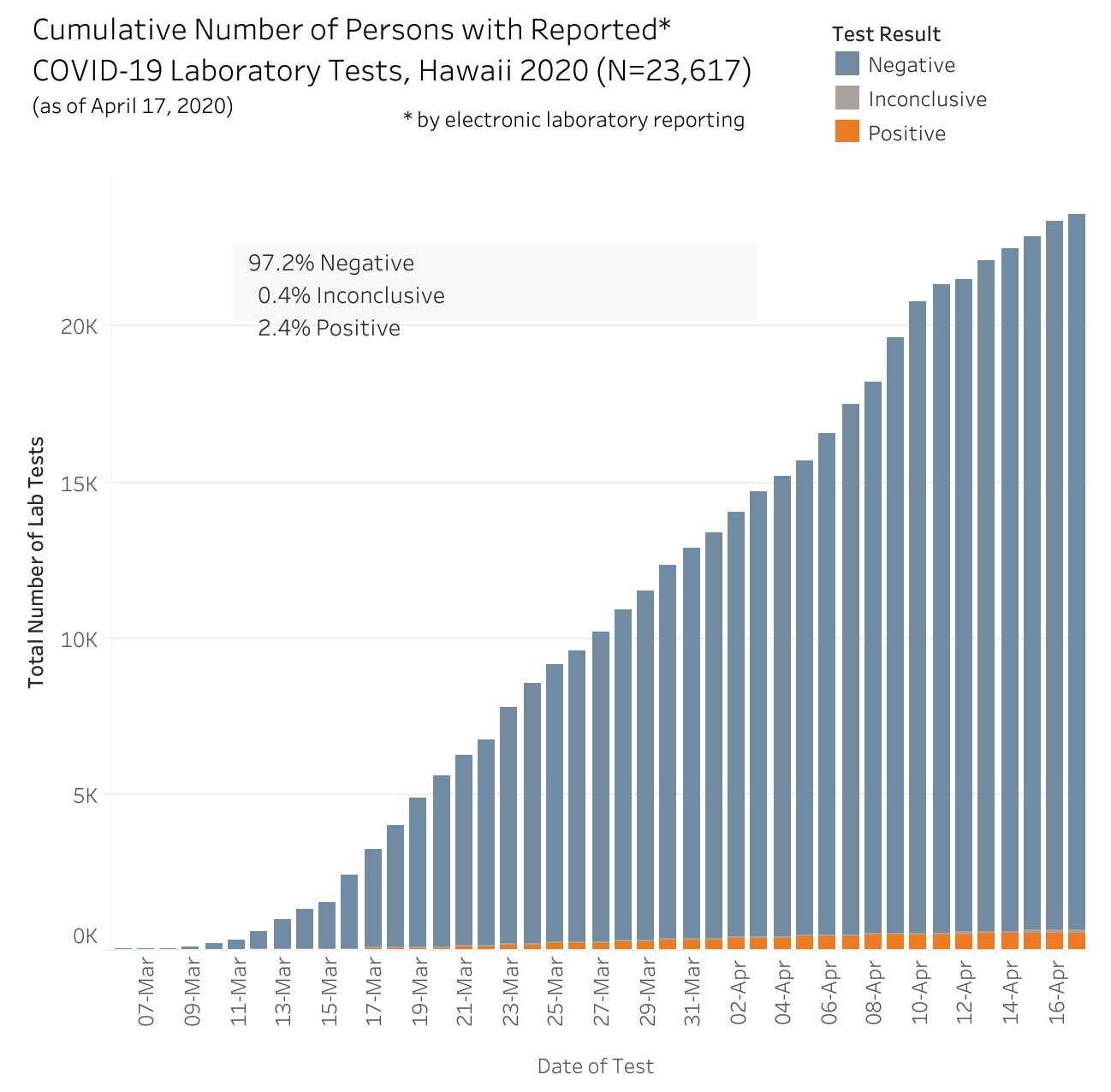 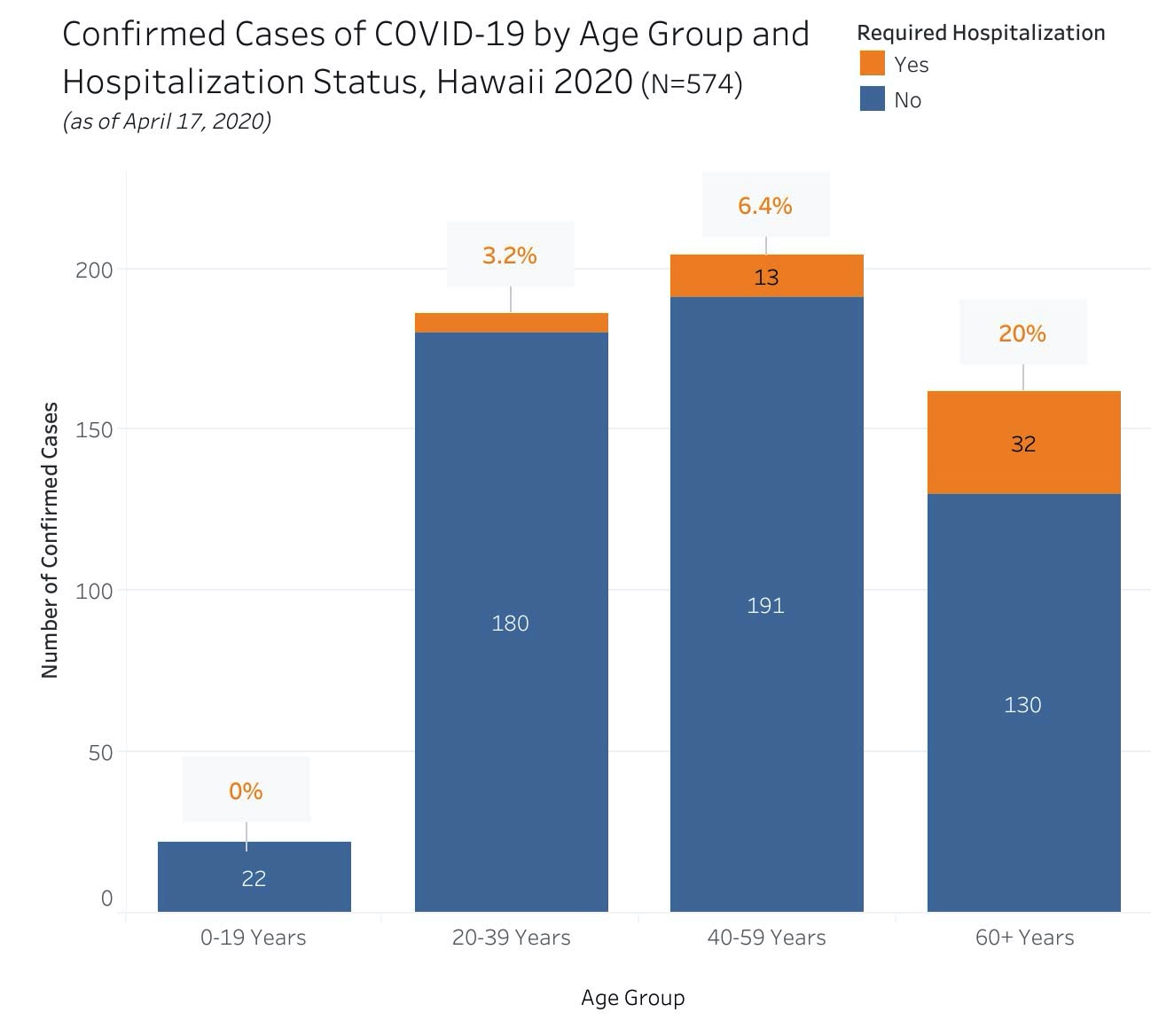 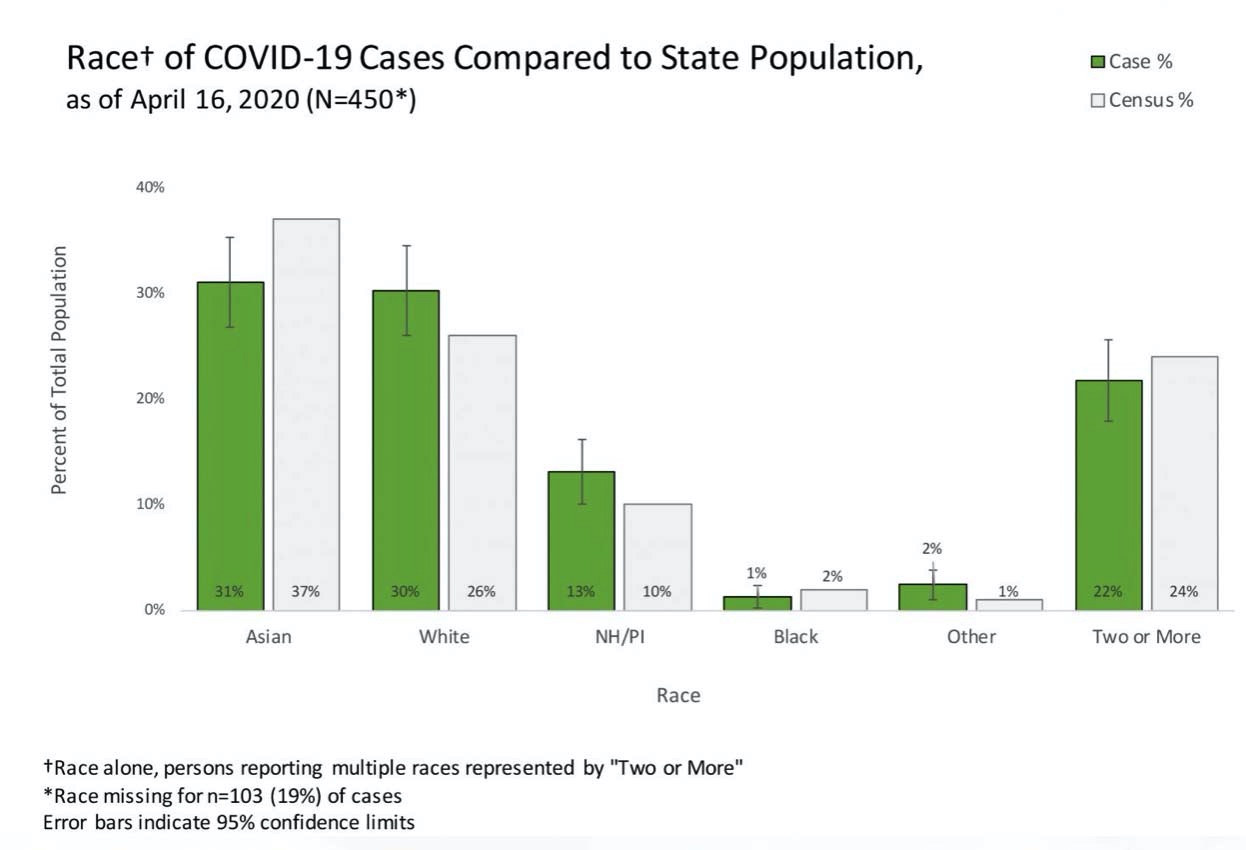