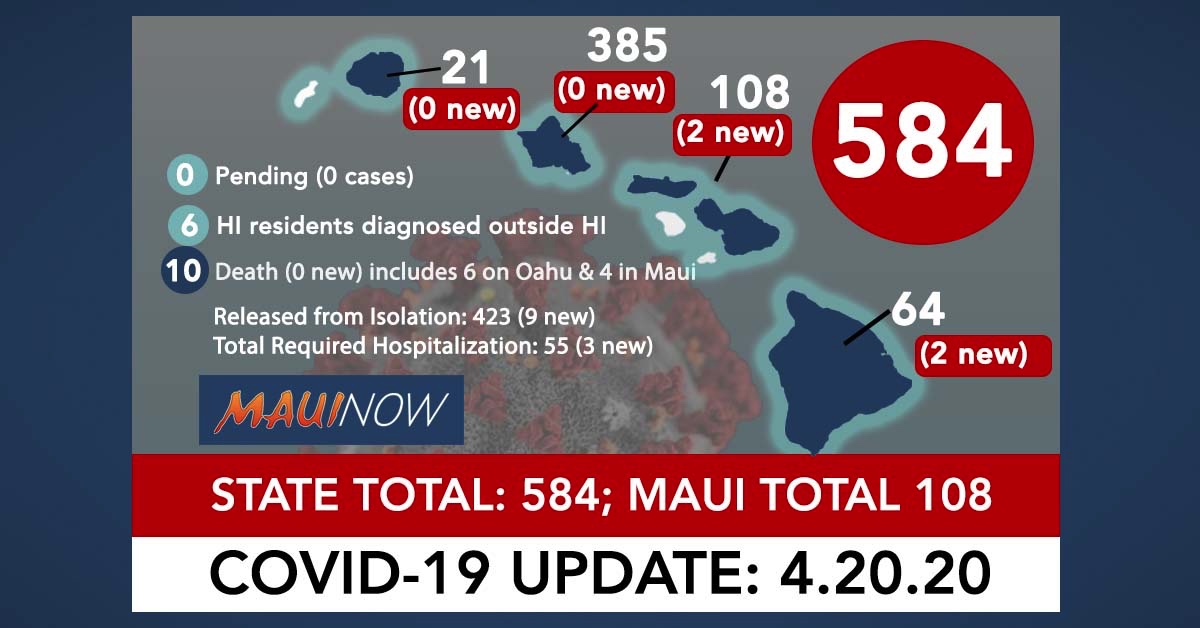 The Hawaiʻi State Department of Health reports that there were 423 individuals released from isolation; and 55 cases that have required hospitalization.

Maui County has 2 new cases for a total of 108 confirmed positive. Of the 108 cases in Maui County, at least 57 have been released from isolation, and 7 have required hospitalization.

There is a COVID-19 cluster on Maui at the Maui Memorial Medical Center.  The state adjusted the Maui Hospital cluster count upward to 45 individuals under investigation, including 29 staff and 16 patients. The DOH’s investigation at MMMC continues and DOH officials say “it appears the outbreak may have been driven by a single healthcare worker who was allowed to work while ill.” 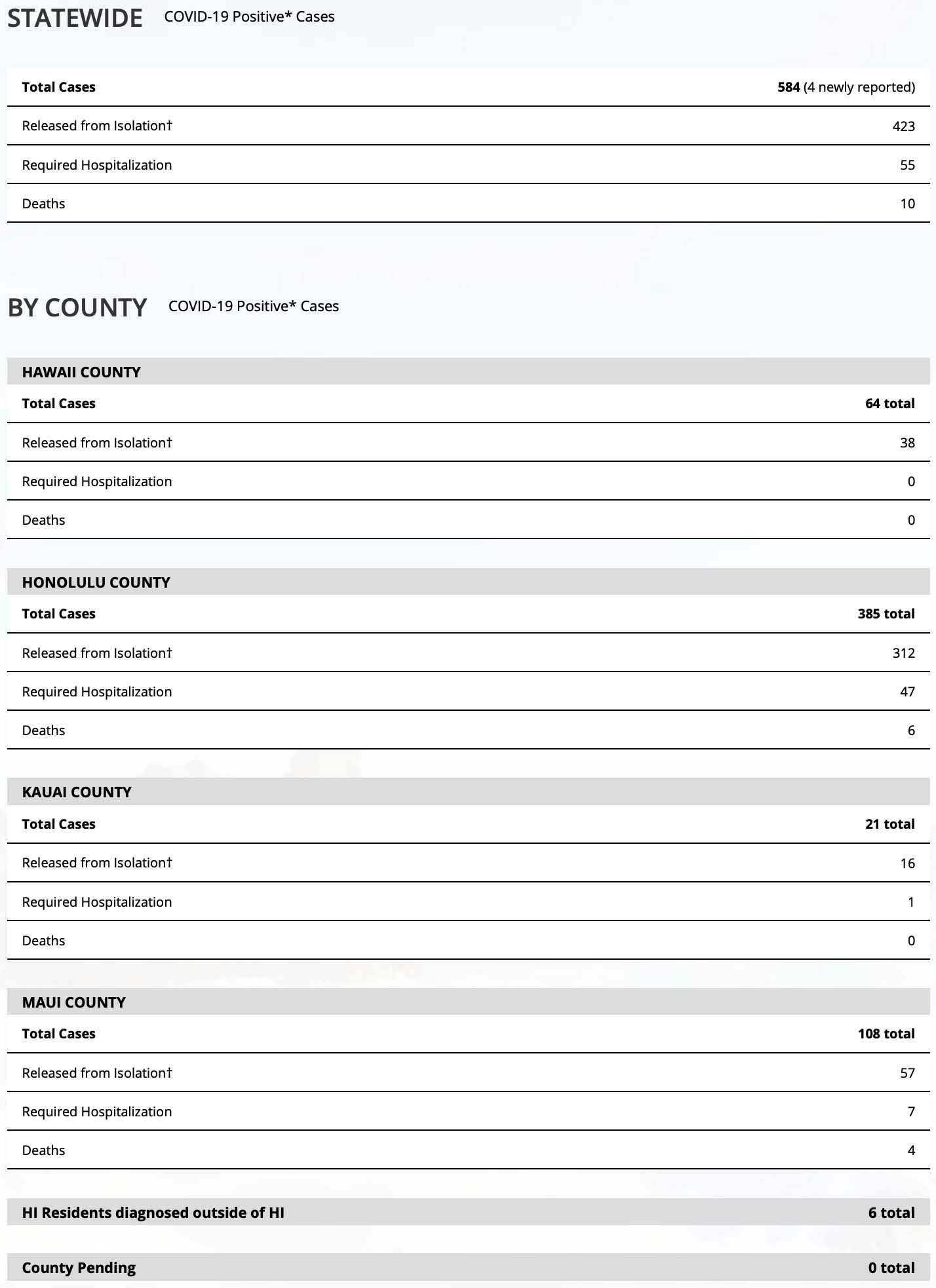 Scroll Down to Read 31 Comments 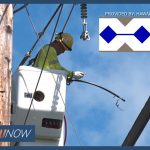 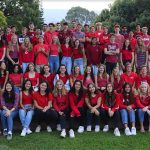 ARTICLE COMMENTS ( 31 )
This comments section is a public community forum for the purpose of free expression. Although Maui Now encourages respectful communication only, some content may be considered offensive. Please view at your own discretion.
I Understand, Show Comments