Hawai‘i Has Two More Deaths Linked to COVID-19: One More Each on Maui and O‘ahu 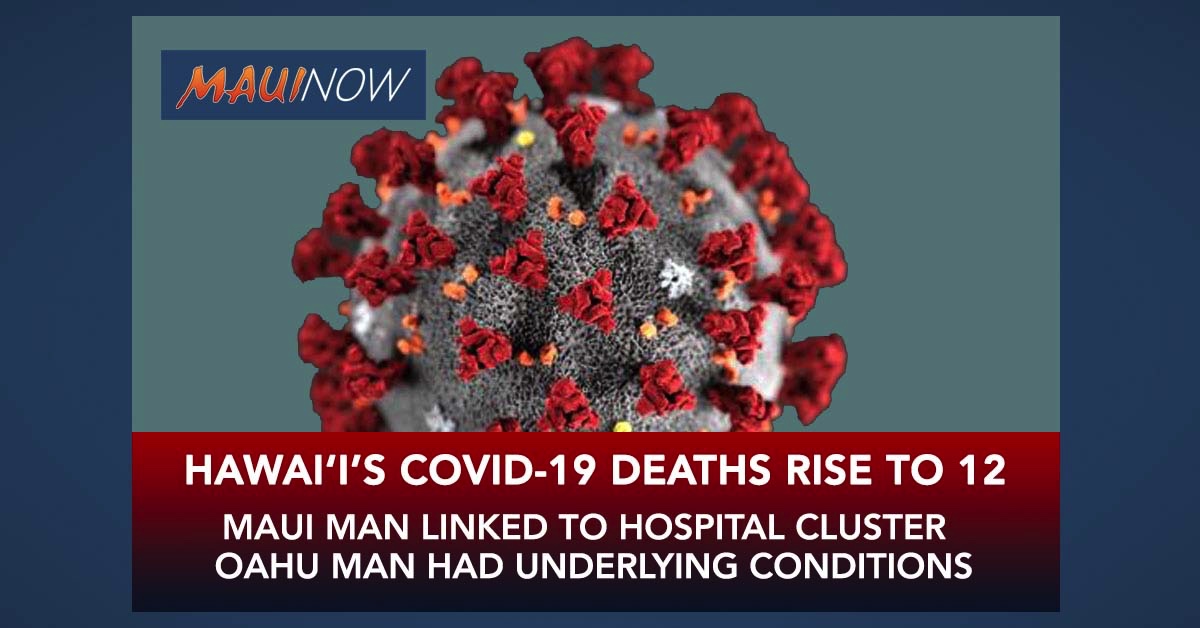 The Hawai‘i Dept. of Health reports that two additional coronavirus related deaths occurred late last night, bringing the total in the state to 12 since tracking began on Feb. 28, 2020.  The deaths occurred on O‘ahu and on Maui and both are men, 65-years-old, or older.

On Maui, the man who passed had underlying health conditions. He had been in the hospital at Maui Memorial Medical Center since late last year, according to state Health officials.

This person’s death is considered related to the MMMC cluster, which as of yesterday totaled 56 cases including 36 staff and 20 patients under investigation as potentially associated with the cluster.

Maui Mayor Michael Victorino released a statement this morning saying, “Joycelyn and I extend our deepest condolences to the family and friends of this Maui County resident. We mourn for each and every person lost to this virus, and ask the community to surround each family with love and support.”

The other death overnight involved an O‘ahu man who also had underlying health conditions and was hospitalized in late March. After getting better, state officials say he had been discharged, but his health subsequently declined and he passed away at home yesterday.

“We are saddened by these additional deaths and the toll the pandemic is taking on the families and friends of those affected,” said Gov. Ige said in a press release . “This is a serious disease especially for those with pre-existing health conditions and older adults. It is critical that we all comply with the stay at home order, practice social distancing, and continue to wear a mask whenever we go out to protect others.”