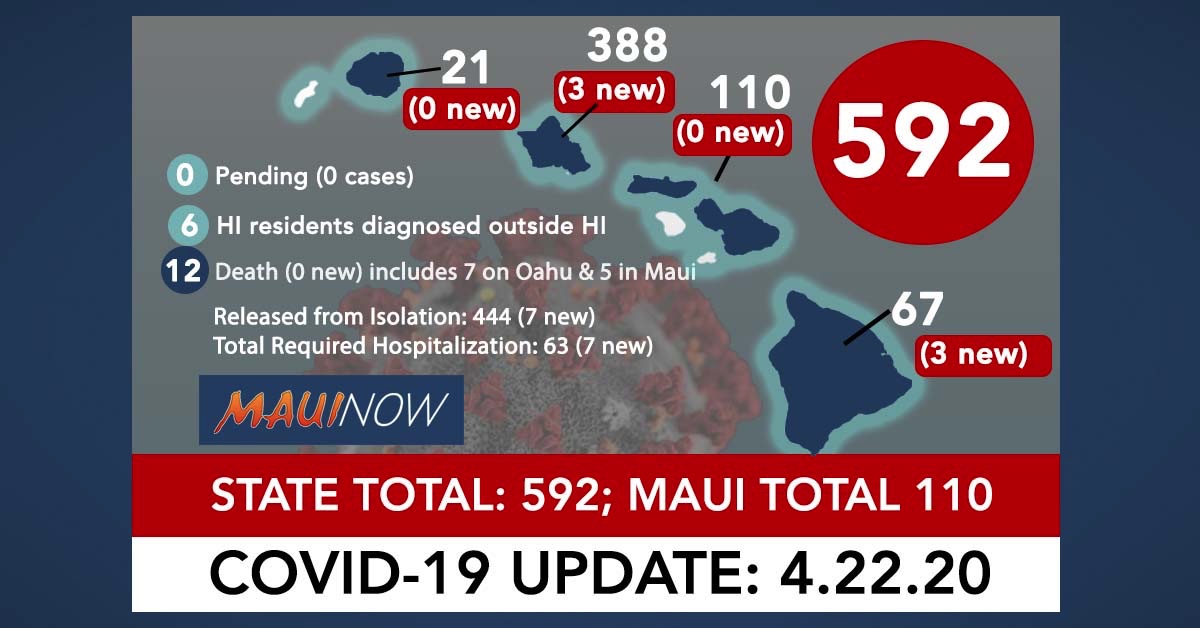 The Hawaiʻi State Department of Health reports that there were 444 individuals released from isolation; and 63 cases that have required hospitalization.

Maui County has no new cases for a total of 110 confirmed positive. Of the 110 cases in Maui County, at least 60 have been released from isolation, and 9 have required hospitalization.

State District Health Officer on Maui, Dr. Lorrin Pang mentioned a Maui restaurant cluster that occurred earlier on in the pandemic, but would not say what eatery was involved. Maui Now has reached out to the state Department of Health for clarification and further details which will be posted as they become available. 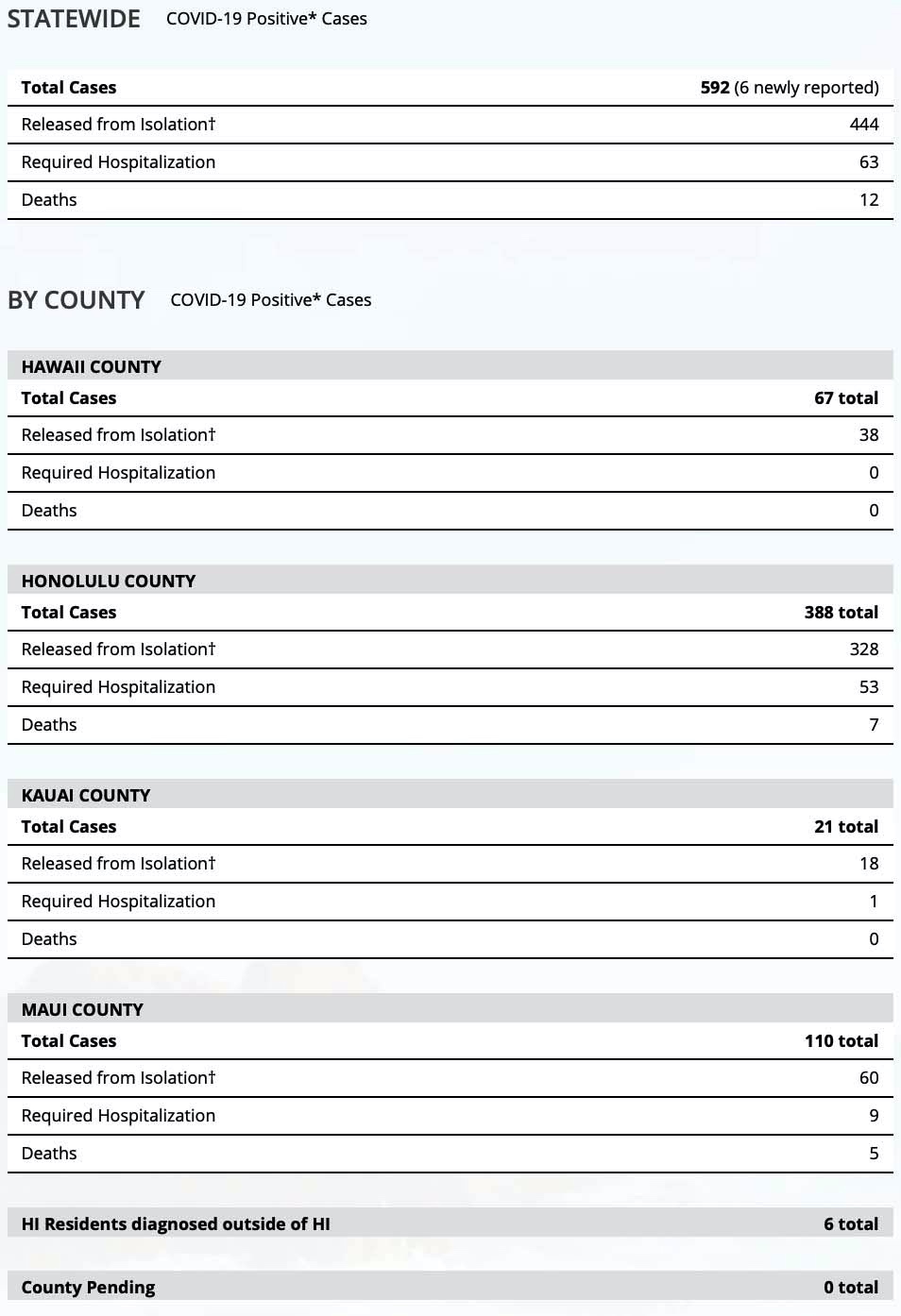