Mayor Victorino Interview: “This Will Be A Defining Week For Us”

Maui Mayor Michael Victorino is providing updates on Pacific Media Group’s network of Maui stations as the County continues to adjust to the COVID-19 pandemic.  Today, the Mayor spoke with Kawika-Veeka of HI92 FM Maui, and shared his thoughts on the Governor’s Sixth Supplementary Proclamation, a proposal to begin opening parks and communication between the governor and county mayors.

On Friday, Mayor Victorino was visibly absent from his weekday press conference, but noted he had
“other obligations,” and was feeling “a little worn,” so he relied on his Managing Director Sandy Baz to provide the County update.

Mayor Victorino said he plans to make an announcement during his 4 p.m. press conference today relating to the extension of stay-at-home orders, so that the information goes out “uniformly.”  “I have come to a conclusion about extending,” he said.

He also highlighted the governor’s announcement over the weekend that walking and running is now approved on state beaches.  It’s an activity that Mayor Victorino advocated for amid state efforts to close state beaches completely.

“In fact, this morning, we only had three calls on our recording system, whereas the week that they banned running on the beach, I had 165,” said Mayor Victorino.

“This will be a defining week for us,” said Mayor Victorino.  “The last two weeks have set the tone… I’m looking at opening parks and I’ll probably be announcing that tomorrow, depending on if the governor approves it or not.”

*Check back for a live stream of the Mayor’s afternoon press conference at 4 p.m. at mauinow.com, provided courtesy the County of Maui and Akakū. 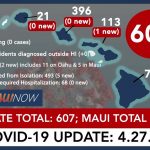 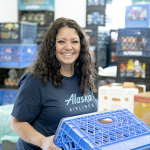