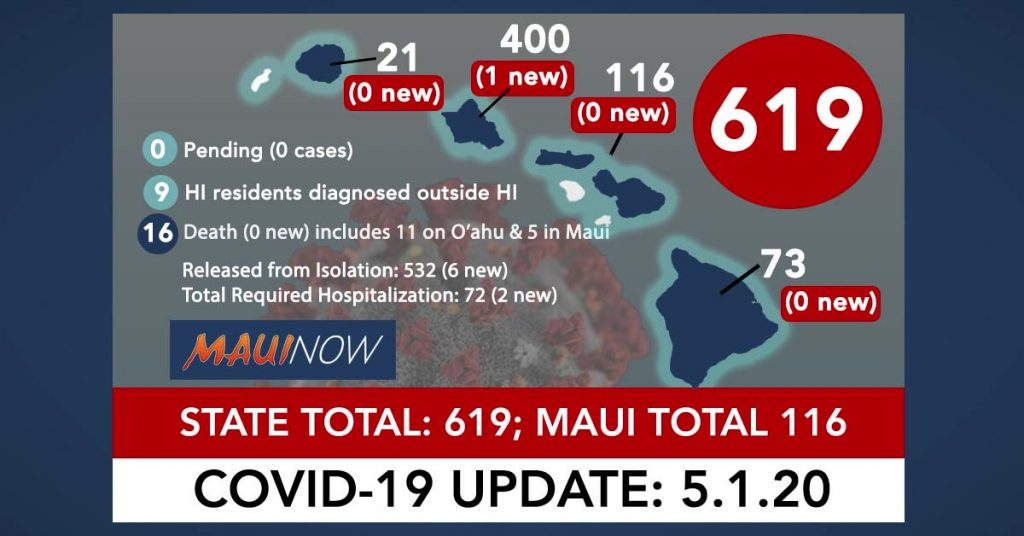 To date, 532 people have recovered including 84 in Maui County.

The Hawaiʻi State Department of Health reports that there were 532 individuals released from isolation; and 72 cases that have required hospitalization.

Maui County’s count remained unchanged at 116 confirmed positive. Of the 116 cases in Maui County, at least 84 have been released from isolation, and 16 have required hospitalization. 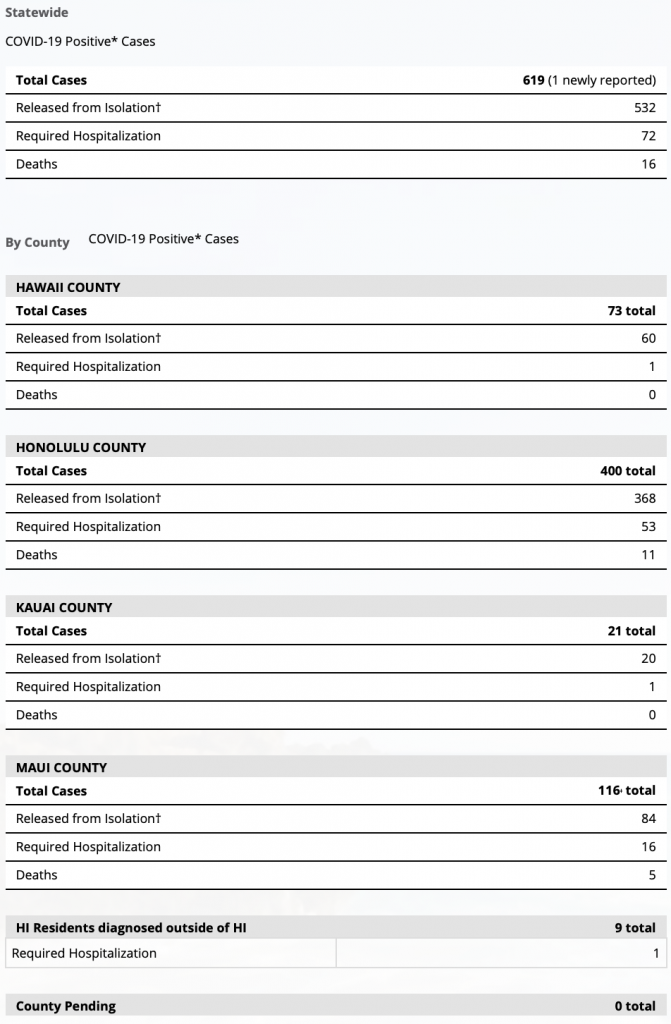 *includes presumptive and confirmed cases, data are preliminary and subject to change; note that CDC provides case counts according to states of residence.
†Isolation should be maintained until at least 3 days (72 hours) after resolution of fever and myalgia without the use of antipyretics OR at least 7 days have passed since symptom onset, whichever is longer.
‡One case is a Lānaʻi resident who’s exposure is on Maui Island and who will be remaining on Maui Island for the interim.