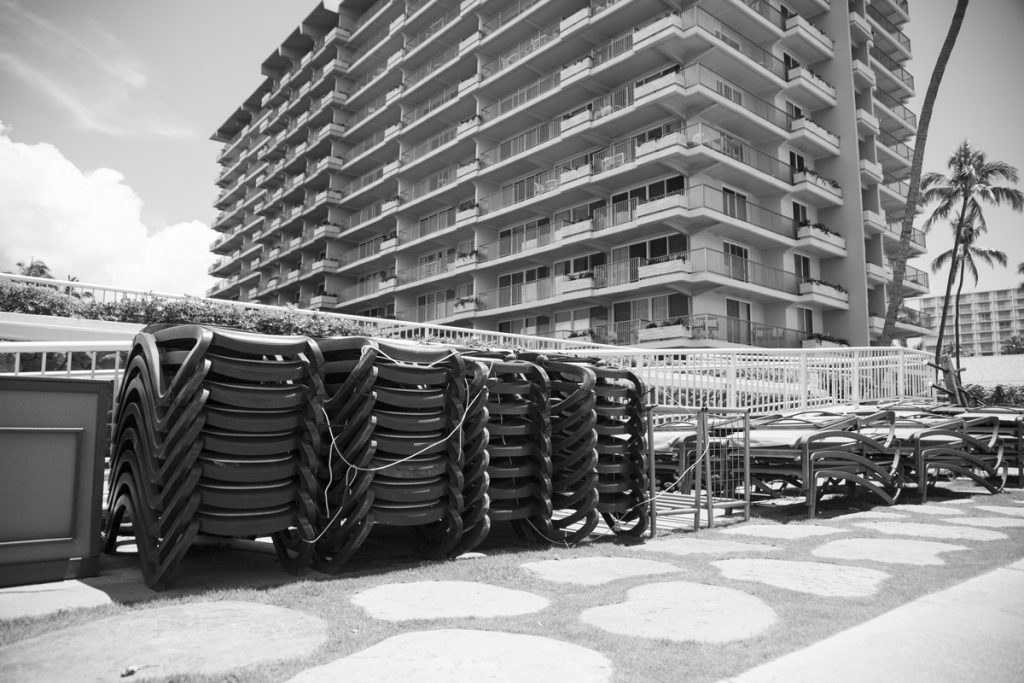 The House Select Committee on COVID-19 Economic and Financial Preparedness today reviewed estimates of when jobs may start returning to the state, talked about how the retail and restaurant industries can adapt to health measures and still survive, and discussed the growing number of people that may become homeless.

Carl Bonham, Executive Director of University of Hawaiʻi Economic Research Organization (UHERO), said a recent scenario for Hawaiʻi’s economic recovery includes a gradual reopening of the local economy, regaining 35% to 45% as Governor David Ige’s stay-at-home order is lifted. By the end of the year as much as 75% of the local economy could be regained, according to Bonham.

Bonham said he expects visitors will begin returning to Hawaiʻi during the 3rd quarter at levels about 28% of those from previous years and that number could be up to 50% by the end of the year.

Bonham said Hawaiʻi has already lost about 220,000 jobs and the federal Paycheck Protection Program has reversed about 80,000 of those jobs, but that program is set to expire at the end of June. He expects that we will have regained about 100,000 jobs by the end of the year but will still have double digit percentage unemployment.

With the numbers of coronavirus cases dropping, the committee reports that restaurant and retail associations are eagerly finalizing plans to reopen their businesses while staying within new public health guidelines.

Matsuoka said the national guidance can be adjusted for local businesses, but the basic rules include food safety, cleaning and sanitizing, employee health monitoring and personal hygiene and physical distancing.

Matsuoka said many restaurants have been functioning as take-out only and are ready to reopen as soon as possible. They have moved tables at least six feet apart in their dining rooms, sanitized their spaces and are ready to bring back staff.

“We want to be ready to go when we get the green light,” Matsuoka said.

Hawaiʻi Medical Service Association President & CEO Dr. Mark Mugiishi said that of the four risk levels in the Public Health Recovery Plan developed by the House COVID-19 Task Force, Hawaiʻi is now in the second from highest, or orange alert level. The orange level is supportive of some businesses reopening while the state continues with its public health including screening, testing, tracking and quarantine measures.

James Koshiba, co-founder of the volunteer homeless support group Hui Aloha, said he expects a wave of additional homeless people in the near future due to unemployment caused by the pandemic.

Koshiba said people that cannot pay their rent now because they are unemployed but have temporary state protection from eviction, could become homeless when that aid expires at the end of July.

Koshiba said most homeless programs target chronic homeless people rather than the recently unemployed families that could soon find themselves on the streets. He submitted a working document to the committee detailing some of the issues, opportunities and possible priorities that can help prevent a housing crisis in the coming months.

Koshiba suggested that government and private sector groups leverage their resources now to limit the number of people soon to become homeless by building up social service staffing to help people find much needed support programs and by using federal funds to build low-cost permanent affordable housing. He cited recent projects in Waimānalo and Keʻehi Lagoon as good examples.

For more information about the committee and to see related documents go here.