Governor David Ige today announced that as of Aug. 1, the state will implement a pre-travel testing option for travelers to Hawaiʻi as an alternative to the 14-day travel quarantine.  Click here for full details.

Mayor Victorino said a “definitive timeline” related to travel from out-of-state will be announced today.

The governor’s media briefing starts at 2:30 p.m. *Click here for a live stream.

“We got together as mayors to express our concerns as well as desires to open up Hawaiʻi and we want it done right,” said Mayor Victorino who met with Governor David Ige and other Mayors on Oʻahu yesterday.  He is among a list of dignitaries who are included in the lineup at today’s briefing.  “I think this is the challenge we face–how do we do it and do it right?”

“We know the hospitality industry is a key component to our economic recovery–not the only component, but a key component.  We need to work on that,” said Mayor Victorino, noting that the mayors have been meeting with the governor on that issue for a while.

“We went face-to-face–that way I get a feel of you’re thinking and you get a feel of what I’m thinking,” said Mayor Victorino.  “The safety and well being of our people has to be the base of this recovery–making sure that you the residents of Maui County are protected.”

“Returning residents are the ones that I’m most concerned about because the get off the plane, they feel fine, they check (and there’s) nothing wrong, and they’re out in the public and who knows what they can spread should they have contracted it from somewhere else,” said Mayor Victorino.

“These are the difficult decisions that we are pondering right now, and there will be an announcement today,” he said.  “There will be a definitive timeline, I should say–there will be a timeline that’s going to be out so that all of us know what we’re heading towards.  Because, again, no plan can work unless everybody knows where we need to walk towards to make that plan work.”

“Right now I’m excited, yet I have a lot of concerns… You know, for me I am at that point where I hear the world saying we need to open up–which is our unemployed and our visitor industry.  But all the other ancillary services–restaurants and other retail outlets that have some dependency on our visitor–they’re also hurting,” said Mayor Victorino.

*Scroll down to listen to the full interview in its entirety.

Maui Mayor Michael Victorino is providing updates on Pacific Media Group’s network of Maui stations as the County continues to adjust to the COVID-19 pandemic.  Today, the mayor spoke with Ed Kanoi and Charly Espina-Takahama of 99.9 KISS FM on Maui, and shared his thoughts on today’s planned announcement.

Earlier this week Maui Now reported on the planned announcement as well.

Earlier this month, the governor had announced a multi-layered approach to travel that involved coordination with some of his top advisors to work on components necessary before opening up travel to and from the mainland and from foreign destinations.

As part of the plan, Lieutenant Governor Josh Green and DOH Administrator Bruce Anderson were tasked with leading a committee investigating testing methods for trans-Pacific travelers.

The governor had also tasked Mike McCartney, the administrator of the Department of Business, Economic Development and Tourism to work with the governor on exploring travel corridors.

And Gov. Ige had also announced that Hawai‘i Tourism Authority President and CEO Chris Tatum would be leading a committee working on further guidelines for the visitor industry.

While the quarantine for interisland travel was lifted last week Tuesday, the mandatory 14-day quarantine for international and out-of-state arrivals into Hawaiʻi is currently in place through July 31, 2020.  The governor’s latest Ninth Supplemental Emergency Proclamation gives him the flexibility to reopen travel “when the state is ready.”

Scroll Down to Read 67 Comments 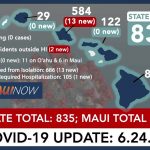 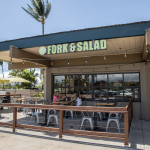 ARTICLE COMMENTS ( 67 )
This comments section is a public community forum for the purpose of free expression. Although Maui Now encourages respectful communication only, some content may be considered offensive. Please view at your own discretion.
I Understand, Show Comments