103 Trans-Pacific Travelers Arrive on Maui on Saturday, including 18 Visitors 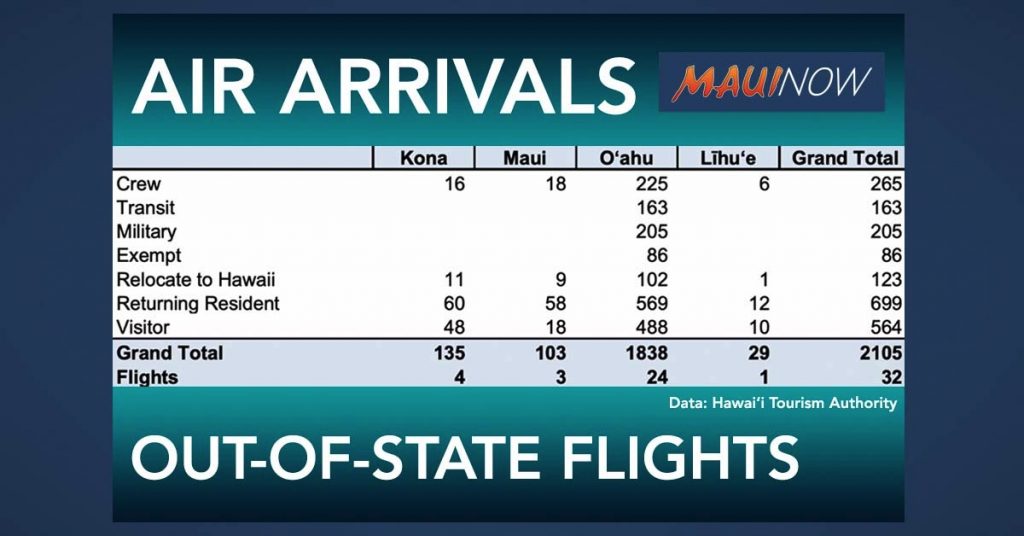 On Saturday a total of 2,105 people arrived in Hawaiʻi, according to new data compiled by the Hawaiʻi Tourism Authority. Here on Maui, 103 people arrived on three trans-Pacific flights, including: 18 visitors, 58 returning residents, nine individuals planning to relocated to Hawaiʻi and 18 crew members.

The state’s mandatory 14-day self-quarantine started on March 26th for all passengers arriving in Hawaiʻi from out of state.

The table above shows the number of people who arrived by air from out of state yesterday and does not include interisland travel. The data was collected from the Hawaiʻi Department of Transportation’s Mandatory Travel Declaration Form.