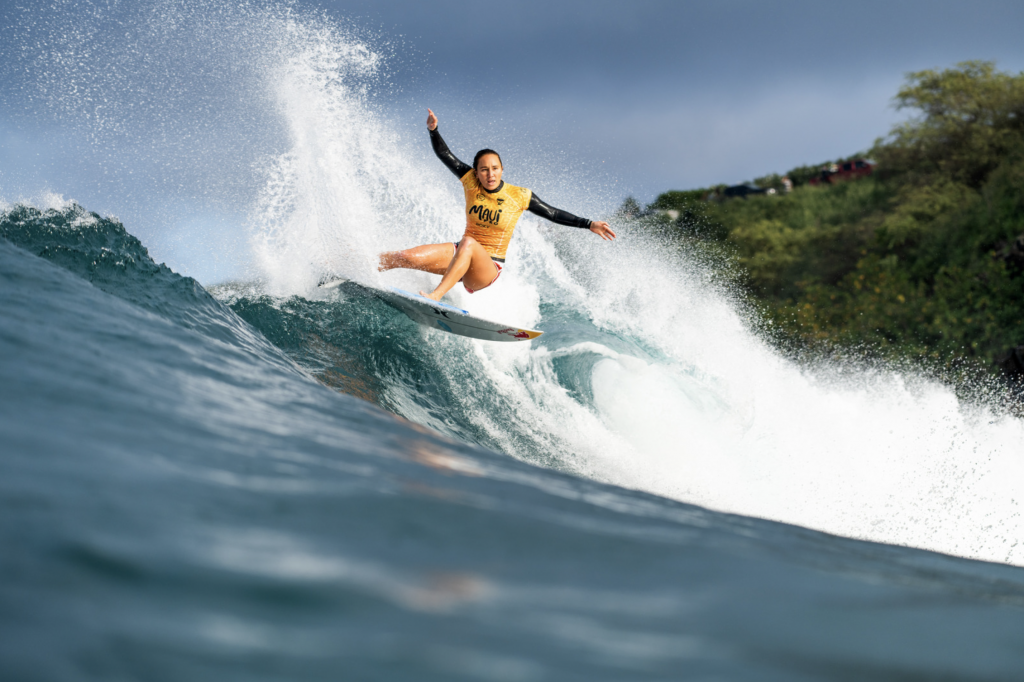 Finals Day is ON for both men and women on the first stop of the World Surf League 2021 Championship Tour.  For the first time in CT history, women will compete at the world-famous Banzai Pipeline to complete the final rounds of the Maui Pro presented by ROXY.

The Maui event was moved to Oʻahu after a fatal shark bite incident at Honolua Bay on Tuesday, Dec. 8 involving a recreational surfer.

In a historic moment for surfing, the final day of the Maui Pro presented by ROXY marks the first time a women’s CT event has ever been held at the Banzai Pipeline. Sage Erickson (USA) and Tatiana Weston-Webb (BRA) will be the first women to enter the water for Heat 4 of the Quarterfinals to determine who will face four-time World Champion Carissa Moore (HAW) in the second Semifinal. Tyler Wright (AUS), who surfed a Perfect 10 earlier in competition, will face Sally Fitzgibbons (AUS) in Semifinal 1 on Oahu.

“This is a huge day for the women,” said Jessi Miley-Dyer, Vice President of Tours and Competition, “To be here at Pipeline, the biggest stage in Hawaii and one of the biggest stages in the world of surfing is a huge honor. I know the women are really excited to compete here today, and hopefully, we put on a great show. It’s a huge moment for the Women’s Championship Tour.”

“It’s the final day of the competition window and we have a new swell out of the northwest with some good conditions and good winds,” said Marty Thomas, WSL Hawaiʻi Competition Director, “We are going to finish the competition today and wrap things up around 4 p.m.”

Watch the Billabong Pipe Masters presented by Hydro Flask and Maui Pro presented by ROXY LIVE on WorldSurfLeague.com and the free WSL app. The competition is carried locally in Hawaiʻi by the Spectrum Surf Channel. Also, check local listings for coverage from the WSL’s broadcast partners.