The Mamoru and Aiko Takitani Foundation has named Celine Munoz from Lahainaluna High School and Inanna Carter from Seabury Hall as two of its 10 district finalists. Both receive a $3,000 scholarship for their accomplishments.  Seven seniors from other Maui schools received $1,000 scholarships. 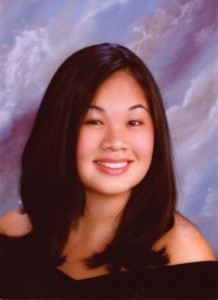 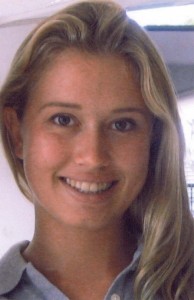 Munoz was recognized as the Maui School District winner and a state finalist. She is the daughter of Ronald and Sheri-Ann Munoz. Munoz was the senior Associated Student Body President, a member of the National Honor Society, and took 1st Place as a junior in the Maui Health Occupations Students of America Researched Persuasive Speaking event. She volunteered in the Lahaina Complex 4th grade math tutoring program, the American Cancer Society’s Youth Relay for Life, the Lahaina Restoration Foundation and Habitat for Humanity.

Inanna Carter of Seabury School was recognized as a district winner for the Hawaii Association of Independent Schools (HAIS). She is the daughter of Paul and Christine Carter. Carter received numerous scholarship awards while in high school and was a finalist in the National Merit Scholarship Competition. A Headmaster Award recipient for four years, Carter has been active in student government since 10th grade and served as Student Body President in her senior year. Carter’s volunteer activities include participation in the Hawaii Youth Conservation Corps, the Kalaupapa restoration project and the Hawaii Nature Conservancy.

The Takitani award recipient of $1,000 from the HAIS on Maui is Preston Tavares of Kamehameha Schools – Maui.

The $1,000 award recipient from the Hawaii Catholic Schools (HCS) on Maui is Elisa Ferreira of St. Anthony Junior-Senior High School.

These students were among 60 Recipients – one from each of the qualifying public and independent schools in the state – who received scholarships based on academic achievement, community service and financial need. In total, the Foundation awarded $96,000 in scholarships this year.

The scholarships were presented at an awards luncheon on Saturday, May 8, 2010 at the Wai’alae Country Club in Honolulu. The Honorable Peter B. Carlisle, Prosecuting Attorney, City and County of Honolulu, gave the keynote address. KSSK Radio personality and Takitani Foundation Chairman Michael W. Perry served as the master of ceremonies. All neighbor island winners were flown to Honolulu to accept their awards in person.

Mamoru and Aiko Takitani founded Hawaiian Host, Inc., manufacturer of Hawaiian Host chocolates, and established the Mamoru and Aiko Takitani Foundation, Inc. to give back to the community by providing the gift of education to the young people of Hawaii. Since 1993, the Foundation has annually presented scholarships to an outstanding student from every qualifying high school in the state and has awarded $1.5 million in scholarships.