U.S. Senator Daniel K. Inouye was honored on the floor of the U.S. Senate yesterday as one of the longest serving senators in U.S. History.  He passed former Senator Strom Thurmond to become the second longest serving Senator in the nation.

Inouye took the oath of office in 1963, just a few years after Hawaii became a state.  He was Hawaii’s first congressmen, the first Japanese-Amercian to serve in both the House and Senate and he cast more votes than any other senator west of the Mississippi.

“I would like to thank the thousands of constituents who have demonstrated their faith and confidence in me,” said Inouye in a press release issued by his office. “It is a privilege to serve you in Washington and I hope I have not failed you.  This is a very special day for me and my family and friends who helped make it possible.  When I took the oath of office in 1963, I pledged to uphold and defend the Constitution of the United States.  I spend every day trying to live up to that oath,” said Sen. Inouye.

Fellow U.S. Senator Daniel Akaka of Hawaii rose to acknowledge his colleague saying, “From President Barack Obama, who grew up not far from Senator Inouye’s childhood home on the island of Oahu, to each teacher, soldier, construction worker, and farmer, we are proud of the many accomplishments of Hawaii’s people.  We are proud to be the 50th state, and we are proud of Senator Inouye’s long career serving our nation,” said Sen. Akaka. 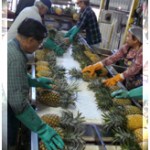