The SBS Championship on Maui, formerly known as the Mercedes-Benz Championships, is introducing a more fan-friendly event this year that features free admission.  The event is the first official tournament of the PGA TOUR season and will be held from January 3-9, 2011 at The Kapalua Resort Plantation Course.

The tournament has been held at the Kapalua Resort since 1999.  Since then, charitable funds raised via the event have totaled nearly $3.5 million and benefitted more than 60 local charities.

The Tournament of Champions week kicks off Sunday, January 2, with a Junior Day, focused on bringing out aspiring junior golfers to take part in lessons and activities with some of the PGA TOUR winners who will be playing later in the week for a $5.6-million purse. 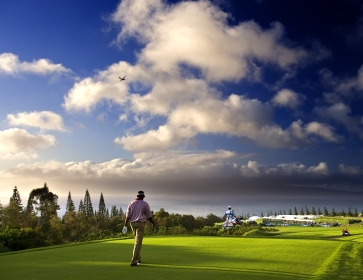 “Our goal is to create fan zones in key areas, which will have multiple events going on for all age groups,” said Tournament Director Nancy Cross.

Swing analyzers, putting greens, rock-wall climbing, giveaways and entertainment are just a few of the expected new additions to the 2011 event.  There will also be a Professional/Celebrity Shootout on Tuesday and a Long Drive Contest on Wednesday.

A snapshot of the Week’s Activities are as follows:

8:00 am — Pro-Am Tournament at The Plantation Course

9:00 am – Blessing by Clifford Naeole