Nearly 4,000 Hawaii households will receive a final knock on the door from local Census workers within the next few weeks, as the U.S. Census Bureau wraps up data collection.

The operations, called Nonresponse Residual Followup, will seek to clarify information on 2010 Census forms that were either mailed back late, incomplete, or unclear on residential status as of April 1, officially noted as Census Day.

Enumerators will visit 1,575 homes on the Big Island, 1,400 on Oahu, 800 on Maui and 175 homes on Kauai as part of the operation.  bout 200 Census enumerators have been retained for the final door-to-door operation.

On August 10, the U.S. Census Bureau reported $1.6 billion in cost savings for 2010 Census operations, coming in at 22% under budget. U.S. Census officials say mail response rates and workforce productivity during door-to-door enumeration contributed to the savings. 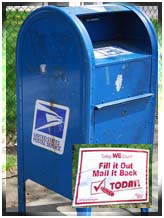