A Maui man suffered fatal injuries in a two-car collision on the Haleakala Highway on Maui. David K. Dutro, 75, of Puklanai, suffered life threatening injuries from the crash and died shortly after being transported to the Maui Memorial Medical Center.

The accident was reported at 11:26 a.m. on Sunday, August 29th, on the Haleakala Highway extension, about 765 feet west of the Hana Highway in Kahului, Maui. According to police reports, a 2010 Dodge Caliber 4-door sedan was traveling west on the Haleakala Highway extension, and collided with a 1996 Mercury Tracer 4-door sedan, which was traveling in the opposite direction. The crash occurred in the eastbound lane of the highway.

The Dodge was operated by a 27-year-old woman from Cambridge, MA, and also had a 31-year-old Cambridge man in the front passenger seat. Both were last listed in stable condition at the Maui Memorial Medical Center at last report. The Mercury was operated by Dutro.

The death was Maui County’s 10th traffic related fatality this year compared to 11 at the same time last year. 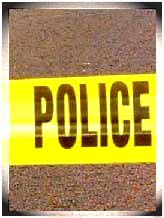