Members of the Maui County Council this week will vote on the approval process for the dedication of land and improvements for new county parks.  The bill was designed so that park requirements would be fulfilled prior to final subdivision approval.

Under existing laws, approval at times of a park dedication, takes place after the developer has completed construction of the park, resulting in uncertainty for the developer and the public alike.  According to a press release issued by the Economic Development, Agriculture and Recreation Committee, this process separates a decision by the Director of Parks and Recreation from required Council Action, often by several years.

Committee Chair Jo Anne Johnson said the item is of such importance that she plans to support any effort to have the matter decided without committee referral.  Johnson invited Director of Parks and Recreation, Tamara Horcajo to attend the meeting to answer questions.  The council meeting begins at 9 a.m., Tuesday, October 19, 2010 in the Council Chambers. 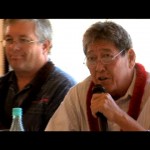 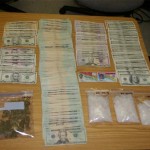