The Council for Native Hawaiian Advancement (CNHA) recently traveled to Kahoolawe island off the coast of Maui. 17 participants, including CNHA board members, staff, and VISTA volunteers, all made the voyage to better understand the cultural significance of aloha aina, caring for the land.

“Our work is generational,” explained Michael Nahoopii, Kaho‘olawe Island Reserve Commission (KIRC) Executive Director and CNHA board member.  “The importance of restoring Kahoolawe is about the future for our people.

What we do today in preserving and healing this island lays the foundation for enriching the next generations of Native Hawaiians.”  KIRC accepts volunteers to assist in the restoration of the dry and rugged island, which has endured everything from 500-ton TNT detonations to invasive flora and fauna species throughout its history.

“I first visited Kahoolawe nearly 30 years ago and I am amazed to see how the island’s environment has improved,” said Gary Gill, Program Director at the Blue Planet Foundation and a member of  CNHA’s Advisory committee. “What was a junkyard of bombs and scrap metal has been cleaned up. Now, native plants are growing in what was a vast, barren swath of red dirt. This immense improvement is a testament to the hard work of the KIRC, the Protect Kaho‘olawe ‘Ohana and their committed volunteers.”

Throughout the four day trip, participants helped to prepare the kahua lele, a site overlooking Honokanaia Bay, where an awa ceremony to commemorate 20 years since the United States military halted its use of the island is planned for later this year. Other activities included gathering coral, planting pili grass, laying erosion prevention matting, and staking irrigation line for native plants.

Accompanying the group was Atwood (Maka) Makanani, who generously shared his extensive knowledge about the cultural history and sacredness of the island.

“This trip became such a fulfilling and enriching experience as a direct result of having Maka with us,” remarked Michelle Kauhane, CNHA board member. “His knowledge and passion helped us to connect more deeply with one another, with ourselves and with the aina.”

At the conclusion of the trip, participants expressed their gratitude for the guidance and wisdom of Atwood and Nahoopii, as well as the graciousness of the rest of the KIRC staff. Several were moved to tears as they reflected on how the voyage had validated their understanding of what it meant to be connected to the land, and the responsibility, or kuleana, they had to bring both the island and, in a broader sense the Native Hawaiian culture, back to physical and spiritual health.  All agreed that the trip to Kahoolawe was an enriching journey they will carry with them for years to come.

First Humpback Whale of the season spotted off Ukumehame Maui 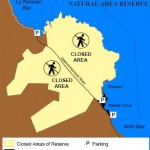