The Coast Guard suspended its search a approximately 4 a.m. for a paddler last seen Wednesday near Kaupo on Maui.

Crews aboard air and surface assets from the Coast Guard searched an area more than 218 square miles, an area approximately the size of Molokai.

The Coast Guard was notified Wednesday evening by the Maui Fire Department that a Maui resident had not returned to shore from a paddling excursion Wednesday and was last seen paddling near Kaupo.

“Search crews scoured the shoreline from the central part of the bottom of Maui all the way down west of Kahoolawe for signs of the paddler,” said Chief Petty Officer Matthew Couling, Honolulu Sector Command Center search and rescue coordinator.

The paddler was last seen wearing black shorts and a black top.

“With help from the fire department and the police department, we saturated the area with all assets possible, but we were unable to find any sign of the paddler,” said Couling. “It’s always unfortunate when we don’t reunite the missing with their family and friends.”

Maui Hospital gets $2.5 Million for upgrades 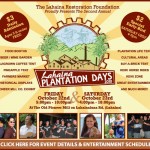