Both Baldwin and Lahainaluna will be hosting state high school tournament football games. 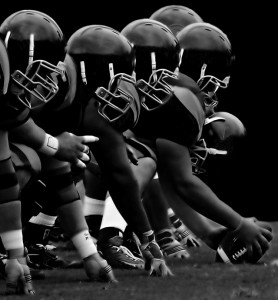 The Bears, seeded third in Division-I, will face Leilehua on Friday night at War Memorial Stadium. It will mark the fourth straight year that Baldwin will be facing the Mules in post-season competition.

The Lunas, seeded second in D-II, earned a first-round bye and will meet the winner of this week’s game between Kaimuki and Kamehameha-Hawaii the following Friday.

Oddly, the D-I bracket didn’t change despite the ouster of top-ranked Kahuku. Mililani, awarded the title without winning it on the field, was seeded No. 1, vaulting over Saint Louis School. The Crusaders play in the more competitive ILH and was generally segarded as the state’s second-strongest team behind only Kahuku.

Saint Louis will also have a bye before facing the winner of Baldwin versus Leilehua.

Oddly, although Waianae lost to Leilehua on Saturday it has an easier road, hosting Big Island champ Kealakehe and then play Mililani. Waianae dealt Mililani its only loss during the regular season.

In the D-II tourney, Iolani was seeded first and will play the winner of Kauai-Kalaheo on Saturday under the lights at Vidinha Stadium thanks to a court order. The semifinal game in that bracket will be played on the afternoon of Nov. 20 on the Iolani campus.

The state championship games are set for Friday, Nov. 26, at Aloha Stadium. The D-II title game will start at 4:30, with the D-I game set for a 7 p.m. kickoff.