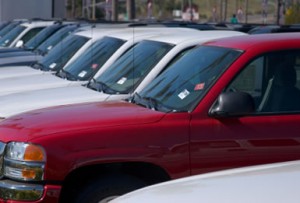 In a rejection of concern over higher gasoline prices, those who headed to an automotive sales lot in October were the most likely to buy a truck since 2005, when oil prices were lower and the economy was generally healthier.

The margin between car sales and truck sales leaves some analysts to believe this may be a positive indicator for the economy, as trucks are considered to be a more expensive mode of transportation and a vital part of many labor intensive industries.  The construction industry, one of the biggest users of small and medium sized trucks, has yet to recover from one of the worst unemployment rates of any industry.

The news is also particularly beneficial to the US automotive manufacturers, since heavier cars tend to be more profitable for domestic producers.  The “Big Three” as Chrysler, General Motors and Ford are known, have all pushed toward lighter, more fuel efficient cars in light of changing consumer tastes during the downturn.  Ford has been the most aggressive, seeking to produce the most fuel efficient car for every category.

Fifty four percent of all automobiles sold in October were of the “light-duty” variety, a category that includes SUVs, pickups, minivans and the increasingly popular “crossover.”  Three of the four types, SUVs, minvans, and crossovers, are consumer-grade autos, indicating a willingness among consumers to spend money.  Light pickup sales and commercial van sales do indicate, too, that businesses may be revving up their capital expenditures.

Consistently lower fuel prices may be doing their part, as well.  Through 2008, the sale of light-duty trucks plummeted as consumers opted for less expensive economy cars.  Today, after nearly two years of lower gasoline prices, heavier and less fuel efficient cars are bouncing back in popularity, though they are still sold at a slower rate than in 2005, when gasoline averaged less than $2 per gallon.

A number of automakers pushed heavily in October with promotions, hoping to get current year models off the lots before new models filled their spaces.  Ford pushed zero-financing offers on F-series trucks and as a result sustained a 24.2% increase in sales.  General Motors also promoted aggressively, hoping to post solid numbers leading into one of the most widely anticipated initial public offerings of 2010. GMC branded automobiles were offered with 1.9% financing and $2,500 cash back promotions.  Chrysler’s popular Dodge brand offered up to $3,500 cash back on its Ram trucks.