The Maui Police Department holds a fourth in a series of town hall meetings today (Wednesday, November 17, 2010), this time on Molokai.  The meeting begins at 6 p.m. at the Mitchell Pauole Center. 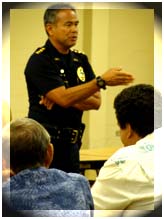 The meetings are being held in the various districts of Maui through January and were introduced last year by the then-new administration of Maui Police Chief Gary Yabuta and Deputy Chief Clayton Tom, as a way to gather information from the public and work with individual communities to address challenges and concerns.  Discussion will include crime rates, prevention and enforcement activities. 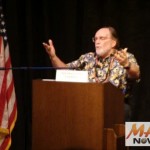 More than 2400 apply to work for Abercrombie Administration