Before tonight, the last time Matt Hughes, UFC Hall of Famer and former welter-weight champion, was knocked-out in a mixed martial arts bout was nine years ago. In fact, defeat by KO or TKO has only happened four times in his 53- fight career. 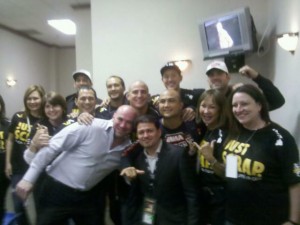 But Hilo’s BJ Penn sealed the deal tonight on an six-year rivalry by knocking Hughes out at just 21 seconds into the first round during UFC 123 at the Palace of Auburn Hill in Detroit.

Both fighters entered the rubber match motivated to end the MMA-trilogy as the better fighter. Both appeared in good shape, reported solid training camps, and had a lot at stake when it came to the fight.

Weeks of speculation in the industry predicted what the majority thought was to be a difficult match for both fighters, a fight that would likely go three-rounds and end by judges decision.

But just seconds after the bell rang it became clear that Hughes had about as much of a chance at victory as a mongoose trying to cross the H-1 during rush-hour.

Right off the bat, Penn connected with a counter right hand which rocked Hughes and sent him to the mat. Four powerful strikes later, Hughes was dancing on the dark side of consciousness and the fight was over.

“A lot of people were questioning whether or not BJ would be ready (for the bout) with his drastic change in trainers,” said Troy Mandaloniz who, along side UFC fighter Justin McCulley replaced Penn’s longtime corner-men and trainers Rudy Valentino and Jason Perillo as head trainer for the fight. “All I can say is, the proof is in the pudding.”

Prediction after prediction, even one written just hours ago by your’s truly, speculated that if Penn were to win, it would likely be by submission or unanimous decision. And that was a big “if” he won.

After his two-fight skid against new UFC light-weight champion Frankie Edgar that cost him the belt and even caused him to briefly consider retirement from the sport, many wondered if Penn would have it in him to defeat Hughes.

Though he has several years on Penn, and seemed to be past his prime, Hughes has recently made an impressive comeback with consecutive wins against Matt Sera, Renzo Gracie and Ricardo Almeida. Besides the psychological edge of a win-streak, he came in with an estimated 15-pound weight advantage, which could have been significant had the match gone to the ground.

To remedy the situation, Penn brought six world-class wrestlers–all as heavy or heavier than Hughes– into his camp to train with, but as things turned out, he didn’t need to tap into the experience.

When asked if the game-plan was to go in for a quick kill all along, Mandaloniz said that when they saw the outstanding shape that Penn was in at the end of camp, the bottom-line was that he would push the action regardless of where the fight went.

“We saw the condition he was in after camp and it was amazing. Like I said, the best BJ at 170 that we’ve ever seen,” said Mandaloniz. “The plan was that we would unload the clip and keep unloading and never stop. If they were on their feet, if he took Hughes down and was on top, if the opposite happened and he ended up on the bottom, it didn’t matter. We were confident that BJ had it in him to do whatever he needed to, that we would just keep unloading the clip for the full 15-minutes if we needed to. He was that ready.” 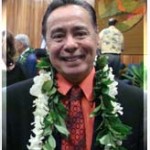 Predicting a win for BJ Penn tonight, and why it's not just wishful thinking