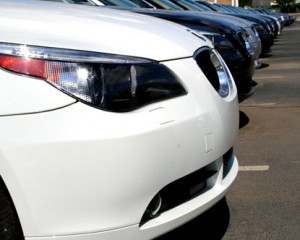 Just one week after the rental car industry received it’s highest ever average ranking for customer satisfaction, the National Highway Traffic Safety Administration has launched a probe to delve into safety issues surrounding popular rental cars.  The agency is investigating whether rental car companies are properly fixing recalled automobiles and doing so in a timely manner.

Investigations, known as audits, are rare for the NHTSA, which opens only a handful of cases each year.  This will be the first case in 2010, following only 2 new audits in 2009.  The audits follow complaints from consumer safety advocates who claim an escalation in deaths and injuries in rental cars is due to improper rental repairs.

The NHTSA started first with domestic automotive manufacturers, requesting information about recalls and the issues that launched each recall.  The NHTSA is seeking data on the Chevy Malibu, Ford Fusion, and Chrysler Sebring, which are not only popular rental units, but have also required recalls by their manufacturer.  The manufacturers are also being probed about the length of time between the recall announcement and when rental companies first addressed problems in their fleets.   The NHTSA hopes to draw a connection between repair times and injuries.

One of the largest rental car companies in the United States, Enterprise Rent A Car, is the subject of a complaint before the Federal Trade Commission.  Consumer advocates asked the FTC to order Enterprise to repair its recalled vehicles before they could be rented to consumers.

Earlier in the year, Enterprise officials admitted in court that unaddressed repairs on a Chrysler PT Cruiser were responsible for the death of two drivers after the car caught fire and crashed.  The surviving family members were awarded some $15 million in damages when the jury announced the decision.

The particular PT Cruiser the women had been driving was involved in a recall because the power steering fluid was prone to leakage, causing fires.  Enterprise had, at the time, opted not to send it in for repair.  In a statement following the case, Enterprise officials apologized for the accident but left questions about whether it would address safety issues it does not consider to be major.

As part of company policy, Enterprise will stop renting vehicles only if the auto manufacturer suggests drivers cease using their vehicles.  Otherwise, Enterprise retains the option to continue renting the car to customers, a practice consumer safety groups wish to bring to a halt.

While the NHTSA does not have jurisdiction over rental car companies, or their operations, the FTC can force changes in operations when consumer complaints are filed and substantiated.

A Zipcar May Soon Replace Your Company Car