Goode and Dagdag-Andaya team up to head Maui Public Works

Maui Mayor-Elect Alan Arakawa continues to fill leadership roles in his new administration.  In an announcement made today, David Goode was appointed as Director of the Department of Public Works, and Rowena Dagdag-Andaya was named Deputy Director. 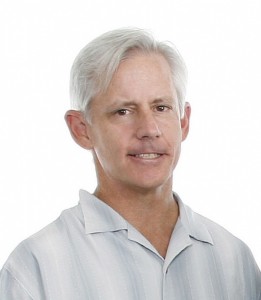 Goode held both deputy and director positions at the department of Public Works between 1995 and 2002.  Arakawa  pointed to Goode’s past experience saying he has worked to, “resolve issues relating to permit issuance, project conditions, and fast tracking county projects during his tenure.”

Currently Goode serves as president of KSD Hawaii. He is a graduate of the University of California, Santa Barbara, having received a Bachelor’s degree in Electrical Engineering.  Goode’s previous experience also includes project management for Schuler Homes on Maui, Kauai, and Oahu and owner of a general contracting firm in California.

Goode is currently on the Board of Directors of the Carden Academy of Maui, the State of Hawai`i Board of Land and Natural Resources, and is President of the Maui Contractor’s Association.  He was also Governor Lingle’s appointee to the Hawaii 2050 Sustainable Task Force.

“I am excited about returning to the Department and focusing our efforts on improving the building and subdivision permit process, bringing more Federal Highways funds to the County, and providing top notch customer service from our guys and gals who are maintaining our roadways and drainage-ways,” said Goode.

Arakawa also announced his appointment of Rowena Dagdag-Andaya, to serve under Goode as Deputy Director.  Dagdag-Andaya currently is employed as a second grade teacher at Kahului School. Before that, she worked as a planner for Munekiyo & Hiraga on a wide range of residential projects, community facilities, and commercial developments.

Dagdag-Andaya has served on boards of several community and professional organizations including the Hawai’i State Teachers Association (HSTA), the United Filipino Council of Hawaii, the Maui Police Commission, and is currently a board member for the Maui Memorial Medical Center Foundation.

“I am honored by the Mayor-elect’s decision to appoint me as a member of his cabinet.  I am humbled by this opportunity to serve the public as Deputy Director of the Public Works Department and excited to be working alongside Director David Goode,” said Dagdag-Andaya. 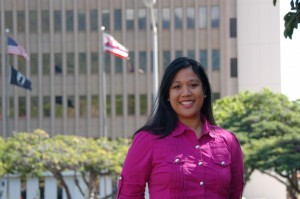 “Rowena’s combined experience as an educator and as a planner have prepared her well for a career involving leadership and management, in which the abilities to interact effectively with individuals and stakeholder groups, identify and analyze complex issues, develop innovative solutions with a group, serve as an advocate, and speak persuasively are essential skills,” said incoming Managing Director Keith Regan.

*** If you enjoyed this post, you may also like our story on the appointment of former TV journalist Rod Antone. 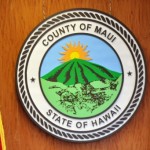