Put the Slack Key in that Lock

Tonight one of Hawaii’s most famous slack key guitarists takes the stage at the MACC’s McCoy Studio Theater. 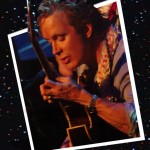 Barry Flanagan first became impassioned about the art of ki ho’alu, (slack key guitar) in 1980 after hearing slack key master, Gabby Puhinui. He promptly moved to the islands and began to study and compose.

As an outlet for the stylistic expression he was discovering, he founded the well known musical duo, Hapa. They proceeded to tour all over the island, and become well known.

Slack key guitar describes a style of guitar playing in which several of the strings in standard classical tuning are detuned to create a greater simplicity of chordal fingerings. Many open chords are used, along with flamboyantly creative techniques of percussive harmonics. Hammer offs, slides and other techniques are sprinkled throughout.

Flanagan applied this sonic style to the elements of Hawaiian songwriting that he studied, and created a unique blend. Despite being from New York, he has mastered and surpassed many native Hawaiians as a master of the traditional craft.

In 1994, the Hawaii Academy of Recording Arts presented Flanagan with the “Haku Mele” award. This award is in recognition of achievement for “excellence of song composition in the Native Hawaiian language.”

He has spent several decades building a reputation as one of Hawaii’s finest musicians and recording artists, and has written many of Hawaii’s most beloved songs.

On Thursday, December 30th, at 7:30 pm, he will share his music and the stories that inspired the songs.

Tickets are $25 or $45 for VIP passes, including an artist meet-and-greet. Go to www.mauiarts.org to get tickets online, or show up at the box office.

Bellydance, Shimmy & Shake Your Way into the New Year