In celebration of its 25th anniversary, Becker Communications, a prominent Honolulu-based PR firm, will give away $25,000 worth of pro-bono public relations services during 2011.

Hawaii’s non-profit organizations are invited to apply for this donation, which may be awarded in full to one, or in part to several, worthy organizations. Whether social-service or arts & culture oriented, all non-profits are welcome to send in the application provided at the link below.

Applications must be submitted no later than January 31, 2011. Results of the judging will be announced no later than February 28, 2011. More than one organization may be chosen as a recipient of the pro bono services. However, no more than $25,000 worth of services in total will be donated.

Completed applications will be judged by a panel of notable business community leaders. Among them are: 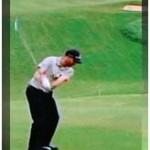