Big Island Police recorded their fourth traffic fatality this year following a vehicle-scooter collision in Hilo over the weekend.

The accident was reported at 1:20 p.m. at the Komohana/Kukuau Street interestion. According to police reports, the victim was traveling west on Kukuau Street while operating a 2009 Honda Metropolitan scooter, when he failed to stop at a stop sign and broadsided a 2006 Nissan Multi-purpose vehicle that was traveling north on Komohana Street.

Walter R. Steiger, 87, of Hilo died at the Hilo Medical Center from injuries sustained in the crash. Authorities say he was wearing a helmet and that speed, drugs or alcohol do not appear to be factors in the crash. An autopsy has been ordered to determine the exact cause of death.

The driver of the Nissan, a 51-year-old Hilo man, was not injured. A 41-year-old woman, and 9-year-old girl, who were passengers in the Nissan were treated and released for minor injuries. All were wearing seat belts.

Traffic Enforcement Unit officers have initiated a negligent homicide investigation into the incident. 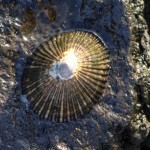 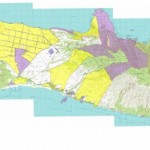