A first look at the 2010 Census. Photo courtesy of U.S. Census Bureau.

Governor Abercrombie and State Senate and House leadership will receive the state’s geographic products and redistricting data first; as required by law. Upon confirmation of delivery to the state leadership, five custom tables of data will be release, followed within 24 hours, with the full set of five detailed tables available on American FactFinder, the Census Bureau’s online data search tool.

For each state, the Census Bureau will provide summaries of population totals, as well as data on race, Hispanic origin and voting age for multiple geographies within the state, such as census blocks, tracts, voting districts, cities, counties and school districts.

According to Public Law 94-171, the Census Bureau must provide redistricting data to the 50 states no later than April 1 of the year following the census. As a result, the Census Bureau is delivering the data state-by-state on a flow basis in February and March. All states will receive their data by April 1, 2011. 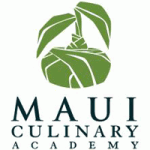