After going 0-for-6 in last week’s state boys basketball tournament, MIL teams will try to rebound with more competitive performances in the soccer events that kick off Wednesday on Oahu. 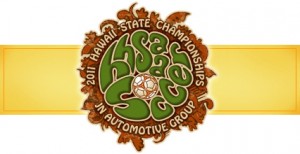 MIL runnerup Baldwin opens against Aiea of the OIA in a 3 p.m. first-round Division-I match on Wednesday. A victory would earn the Bears a date against second-seeded OIA champion Kapolei in a 5 p.m. quarterfinal match on Thursday.

King Kekaulike was seeded fourth in D-I, earning a first-round bye. Na Alii will face he winner of Kaiser versus Waiakea at 1 p.m. Thursday.

The eight-team D-II event begins on Thursday, with St. Anthony of the MIL seeded fourth and opening against Mid-Pacific of the ILH at 3 p.m.

Honolkaa of the Big Island is seeded No. 1, followed by Kapaa of Kauai and Waipahu.

STATE HOOPS: It was a difficult week for the MIL in basketball as none of its representatives – Lahainalua, Baldwin and Seabury Hall – managed to secure a single win.

The cold-shooting Lunas closed with a 63-47 consolation loss to Radford on Friday and Seabury suffered a similar fate , suffering a 69-52 setback against a smaller but quicker squad from McKinley.

In Saturday’s other D-I results, Kahuku finished third with a 69-53 win over Academy of the Pacific. Radford defeated second-seeded Moanalua 41-40 for fifth.

Farrington lived up to its top seed in D-II by beating No. 2 Pahoa of the Big Island 58-45 for the title as Lancelot Willions finished with 13 points and 15 rebounds.