Maui Police are seeking the public’s help in identifying three suspects involved in the assault of a tourist in Wailea on Tuesday morning.

The  incident was reported at around 5:15 a.m. on Makena Alanui Drive near the Wailea Emerald Gold golf course.  According to Maui Crime Stoppers, a 55-year-old male pedestrian was confronted and attacked by three male suspects.  During the assault, the victim suffered a stab would from an unknown object.

The three suspects were described as men ranging in height from 5’6″ to 5’10”.  They were last seen driving a compact vehicle with an obscured license plate.

Anyone with information on identity or whereabouts of the suspects are asked to call Maui Crime Stoppers at 242-6966.  The toll-free number is (888) 242-6966.  Callers remain anonymous and are given a code number.

If the suspects are located, they should not be approached or followed.  The public should not take action that puts themselves in danger, but should rather, call Maui Police. 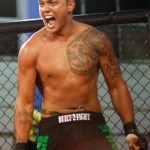 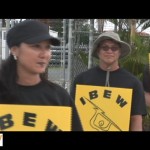