With the recent ratification of the contract for its union employees at Hawaiian Electric, Maui Electric and Hawaii Electric Light Company, normal customer service hours and operations will resume on Monday, March 14, 2011. Maui Electric’s Kahului office hours are 8:00 AM to 5:00 PM, Monday through Friday.

The week-long electrical worker strike ended Friday afternoon with union members approving a new contract by an 88% vote in favor.  The new contract is good through October 31, 2013.

The union went on strike on March 4, a settlement agreement was reached on March 7, and the ratification votes concluded on March 10.

IBEW represents approximately 1,280 workers on five islands, about 200 of which work in Maui County.  More than half of the company’s employees are represented by the IBEW Local 1260. 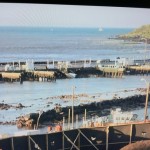