Subsidy Could Reduce Kalaupapa Airfares by 60% 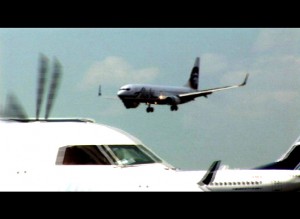 Residents of the remote Kalaupapa Peninsula on Molokai  could soon see fares drop and service stabilize under a federal subsidy program.

According to information released today from U.S. Senator Daniel Inouye’s office, the subsidy has the potential to reduce current airfares by more than 60 percent.

In 2009, individuals paid up to $550 for a round trip ticket between Honolulu and the remote Kalaupapa region.

“Yesterday, we talked about the big, massive Honolulu transit project. Today, Transportation Secretary LaHood joined us to address a small, heartfelt issue – the need for reasonable fares and reliable service for the people of Kalaupapa,” said Senator Inouye. “His announcement and solution were very well received. He is hopeful that by the summer, there will be an air carrier and a subsidy in place, to allow the residents to travel with fairness and dignity,” said U.S. Sen. Inouye.

The remote Kalaupapa peninsula was selected in the 1800’s as a settlement for Hansen’s Disease patients precisely because of its geographic isolation.

Sitting at the base of 2,000 foot cliffs, the community is cut off from traditional transportation options.  Residents rely on an annual barge delivery for food, fuel and equipment supplies. Entry into the settlement is limited to hiking, mule transport, or flying into Kalaupapa Airport.

“Nobody can speak as eloquently as the residents of Kalaupapa themselves as they asked for reliable and affordable air service to and from Kalaupapa,” said U.S. Congresswoman Mazie Hirono of Hawaii. “I am grateful to Secretary LaHood for his decision to use the authority of the U.S. Department of Transportation to address the residents’ concern,” said Hirono.

The U.S. Department of Transportation is expected to select an air carrier to service the region following a competitive bid process.  EAS subsidies were established and funded by the Congress to address the needs of rural communities like Kalaupapa.

The incumbent carrier is required to provide service in the interim and may submit a bid as part of the process.  Officials with the DOT expressed hopes of having a carrier in place by the summer.

Airlines applying for the bid to provide essential service to the region, determined that in addition to requirements of safety, reliability and timeliness, patients traveling to Honolulu for medical appointments, expressed need for same day return service.  There was also indications of need for greater frequency of topside service between the settlement and the Molokai Airport. 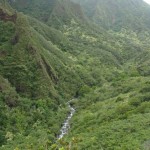 SBA Award Winners to Be Honored at Maui Chamber Event