Maui Mayor Alan Arakawa is proposing the expansion of concessions at county parks as a way to raise revenue and lessen the need to raise taxes.  The idea he said, “is a reasonable, logical approach to try and put activities that we want within the park, and raise some revenue at the same time.”

In an exclusive interview today, Arakawa explained ways in which his administration is approaching the budget, which is currently under council review.

“I’m asking the council to explore the possibility of expanding the concession program, and seeing if this is a way we can raise revenue to be able to pay for some of the help that we want within our department,” said Mayor Arakawa.

“From the County perspective, we can raise revenue in a number of ways: We can raise your taxes; Or we can try and find other ways to raise revenue within the community,” said Mayor Arakawa.  “If we don’t raise revenue from other sources, we have to fall back on taxes, and we’re already over-taxed,” he said.

Arakawa’s ideas for expansion calls for one or two concessions in a given park.  Some of the concessions that already exist in Maui County include the stand at the Iron Maehara Stadium and Tutu’s Snack Shop at Hana Bay.

By putting out bids and recieving requests for proposals, the county gets an idea of what types of businesses are interested in participating, and can then direct what type of activity is approved at parks.

“The council and the community will have a chance to analyze where it is and what kind of concessions they want.  Every area will be a little bit different,” said Mayor Arakawa.

“It’s fairly simple, not very complicated, and it will not be a catch us catch can, do everything you want, free for all,” said Mayor Arakawa. 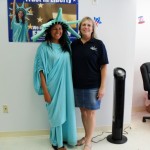