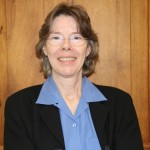 Governor Neil Abercrombie today announced two more administrative appointments.  The Governor selected Mary Alice Evans as the Deputy Director of the Department of Business, Economic Development and Tourism (DBEDT), and Cheryl Kakazu Park as the Director of the Office of Information Practices.

Evans has been a state employee for over 35 years, eight of which, she served in the Office of Planing at the DBEDT.  Most recently, Evans served as the Planning Program Manager in the Special Plans Branch.

“Ms. Evans brings institutional insight to our dynamic team at DBEDT,” said Governor Abercrombie. “Her experience is valuable as we move forward towards encouraging more public and private partnerships with government,” said Abercrombie.

Park, who was selected as the Director of the Office of Information Practices, is a 1981 graduate of the William S. Richardson School of Law and holds a Masters Degree in Business Administration from the University of Hawai’i Manoa.

Park previously served as a partner at the Honolulu law firm of Watanabe, Ing, & Kawashima and more recently served as a staff attorney at the Nevada Supreme Court since 2003. Park also previously worked with American Express Financial Advisors and Wells Fargo Insurance. 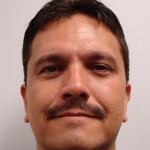