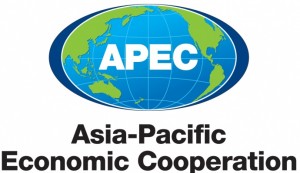 The APEC 2011 Hawaii Host Committee has issued yet another Request for Proposals for marketing and promotional materials. The most recent RFP is focused on a media supplement to be distributed to the more than 20,000 attendees expected in November.

“The media supplement will be another method of telling our story to the world,” said Peter Ho, Hawai‘i Host Committee Chair, in a written statement released today, “We want the 15,000 APEC delegates and other interested parties to come away from the Leaders’ Meeting with increased awareness and a strong interest in Hawaii’s abundant investment and economic development opportunities.”

The APEC 2001 Leader’s Week media supplement will be released in November and focus on promoting economic investment in Hawaii in clean energy, earth and ocean sciences, health and life sciences, and meetings, conventions, and incentives. The meeting is expected to attract leaders of the APEC economies, ministers, business leaders and news media.

The deadline for RFP submissions is April 15 at 4 p.m., with the contractor selection being announced on April 26.