Every journey begins somewhere and, in the case of last night’s NCAA basketball finalists, their travels brought them through the Aloha State. 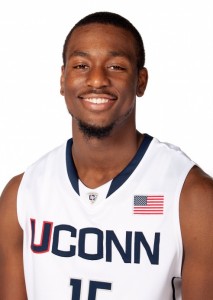 Connecticut arrived on Maui in late November as an unranked team, but rode the sensational play of guard Kemba Walker to beat Wichita State and second-ranked Michigan State before blowing out No. 9 Kentucky hy 17 points in the championship game at the Lahaina Civic Center.

Butler arrived on Oahu for the Diamond Head Classic in late December as a team that made a magical run to the NCAA final, suffering a narrow loss to Duke. But gone was its best player, Gordon Heyward, who is now employed by the Utah Jazz. The Bulldogs still won the DHC, topping Utah and Florida State before beating Washington State in the final.

Last night, in a place far removed from Hawaii, those two teams collided in Houston with the national title on the line. The game didn’t live up to expectations. Both teams shot miserably – particularly Butler, which made just 12 of 64 attempts. The Bulldogs’ 18.8 percent accuracy set a record for futility.

It many have been ugly to most, but it was a lovely moment for U-Conn, which posted a 53-41 win to capture the school’s third NCAA title. As they say, beauty in the eye of the beholder.

The two teams combined for the fewest total points in a championship game since 1949 and Butler’s 18.8 percent shooting was the worst in any NCAA tournament game since Harvard versus Ohio State in 1946.

Some of Butler’s shooting woes can be attributed to a Connecticut defense that blocked 10 shots and that seemed to challenge every attempt from inside or out on the perimeter.

U-Conn became just the fourth team to win the Maui Invitational and national titles in the same season. North Carolina doubled up in 2005 and 2009, while Michigan did so in 1989.

At age 68, U-Conn’s Jim Calhoun became the oldest coach to win a title and one of just five to win at least three. The others are UCLA’s John Wooden, Kentucky’s Adolph Rupp, Duke’s Mike Krzyzewski and Indiana’s Bob Knight. That’s pretty impressive company.