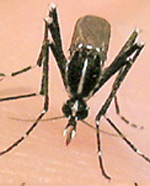 The DOH has already confirmed four cases of locally-transmitted dengue fever since March 24, 2011, all in Pearl City on O’ahu.  Officials with the Department of Health say the four adults appear to be related and were infected near their homes by mosquitoes in the area.  All four O’ahu residents ave recovered and are no longer ill.

Over the last two weeks, the DOH received 42 reports from physicians across the state of suspected cases of dengue fever that are under investigation or pending laboratory confirmation. According to officials, 13 of those reports have been ruled out or determined negative.

Hawaii experienced an outbreak of dengue fever in 2001, with the greatest concentration of cases reported in East Maui.  The outbreak was brought under control over a period of eight months, peaking during September of that year.

Since then, there have bee incidents of imported cases contracted outside of the state.  The new Oahu cases, officials say were locally-transmitted. 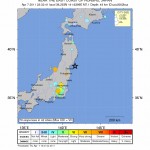