The challenge seems simple enough. Hawaii needs to win a pair of matches this weekend in order to assure itself of hosting a first-round game in the Mountain Pacific Sports Federation volleyball tournament. 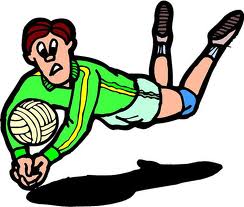 Easier said than done. The opponent for matches tonight and tomorrow at the Stan Sheriff Center also happens to be nation’s top-ranked team.

Southern California brings marks of 18-1 overall and 17-1 in the MPSF into tonight’s match at Stan Sheriff Center. The Trojans’ only loss came nearly two months ago against Pepperdine, and they haven’t lost since – a string of 12 victories.

UH is ranked eighth nationally and has records of 14-11 overall and 12-8 in the conference.

The offensive production is a boost for the Rainbows, who will take an overall record of 14-14 going into tonight’s WAC opener against visiting Sacramento State.

Hawaii will send its ace, Matt Sisto, to the mound to oppose Sacramento’s Dallas Chadwick. The series continues with a double-header on Saturday and a single game on Sunday.

Fresno State is again a huge favorite in the conference based on its No. 9 national ranking and a 20-3 non-league record.