There’s been a Colt Brennan sighting. And, for that matter, another football personality from Hawaii’s recent past. 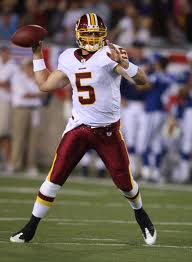 The United Football’ League’s Hartford Colonials have secured the rights to Brennan, the former record-shattering quarterback at UH.

Hartford’s head coach is very familiar with Brennan. Jerry Glanville was Hawaii’s defensive coordinator under June Jones during Colt’s sophomore and junior seasons in 2005 and 2006.

In was during that 2006 campaign that Brennan had the best statistical season by an NCAA quarterback with a pass-efficiency rating of 182.8. He also threw an NCAA record 58 touchdown passes. The following season, Brennan guided UH go a 12-0 regular season and a berth in the Sugar Bowl.

Brennan hasn’t reached agreement with the Colonials, according to a story in the Honolulu Star-Advertiser. No hurry. An offer from an NFL team before July 11 — the first day of UFL training camps — would supersede Hartford’s rights, according to the newspaper.

Further complicating matters: The NFL is in lockout mode, preventing teams from making free agent offers until a labor agreement is reached.

The UFL enters its third season of operations with five teams. Although modest in numbers, the league has some big-name coaches. Jim Fassel is with Vegas and Dennis Green with Sacramento. And lots of UFL alums have found their way onto NFL rosters.

A sixth-round pick by Washington in 2008, Brennan was released last spring, hooked up with Oakland and was cut by the Rainders a week before the start of the season.

Brennan is 28. His medical history includes four surgeries and injuries suffered in a two-car accident on the Big Island. He has to get back on the field in order to reestablishing his career. Hartford may be his best starting point in terms of returning to The Big Show.