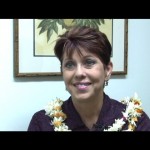 Given her extensive background in broadcast news industry, one might think she had something to do with with launch earlier this year of HIKI NŌ, the nation’s first statewide student news network on PBS.

“Actually I had no intention of ever doing news again after I left,” said Wilcox who now serves as President and CEO of PBS Hawai’i.

“This came about because PBS Hawai’i is an educational broadcaster and multi-media company, and we wanted to do something that would help students get ahead in the future–help them with their school work, help them in the workforce,” said Wilcox.

HIKI NŌ, which translates as “Can Do” showcases the story-telling tallents and production skills of students across the state.  More than 50 schools, nine of them from Maui, are registered to participate in the program this year. 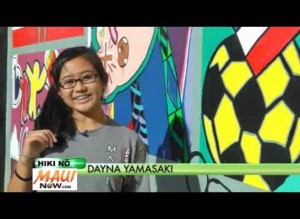 After launching in February, HIKI NŌ traveled to Maui this month to record portions of its 10th episode on the Valley Isle.   Student journalists at Lahainaluna High School on Maui will be the on-camera hosts for the episode which is scheduled to premiere at 5 p.m. on Monday, May 9, 2011 on PBS Hawai’i.

“All the 21st century skills that educators and business people say are the most important are used and learned in the process of story telling at HIKI NŌ,” Wilcox said.

“With our guidance and mentoring from their teachers, students are learning how to gather information and tell stories about their community through digital media production,” said Robert Pennybacker, Creative Services Vice President at PBS Hawai’i, who hosted a training workshop for Lahainaluna students earlier this month.  “The communication skills that they acquire through this process will serve them well beyond this experience,” he said. 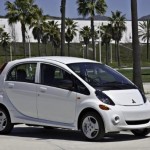