As of about 8:15 a.m. fire fighters had the fire 100 percent contained, however crews remain on scene to mop up and monitor the situation.

Maui Firefighters remain on the scene of a 10 acre brush fire in Olowalu.  The fire was first reported at 8:28 p.m. Wednesday, May 4, 2011.  It is located on the mauka side of the Highway.

As of 6 a.m. the fire was still not contained, but was not impacting traffic either.

Fire Safety Officer Lee Mainaga said the original estimate of 40 acres was downgraded to 10 this morning after the Air One helicopter did a fly-over and offered a more accurate estimate in daylight conditions.

Fire fighters are facing strong winds this morning, but also had a “nice drizzle,” that F.S.O. Mainaga said was working in their favor.

Ground crews on the scene this morning include firefighters from the Kahului, Lahaina, Napili and Wailea stations.

Last night, families from three homes in Olowalu were evacuated near the piggery.  The Red Cross offered support, but no assistance was necessary, according to Fire officials.

The cause of the fire has not yet been determined. 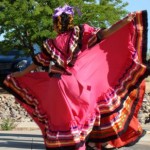