A Hawai’i interfaith community organizing coalition hosts a Rally for Immigration Reform and Family Preservation this weekend in Central Maui.

Filipino, Micronesian, Latino, Tongan and other FACE leaders and community members, will offer first-hand accounts on issues that have surfaced relating to visas, immigration status, racial profiling, customs enforcement, and impacts on workers and businesses.

Cecillia Wang, National Director of the American Civil Liberties Union (ACLU) Immigrants’ Rights Project, will speak during the rally on immigration issues from a national perspective.  She is part of the legal team challenging “Show me your papers” laws in Arizona and Utah.  The Utah version of the law would have mandated that authorities demand documentation of citizenship or immigration status from those who are pulled over at traffic stops.

Rep. Luis Gutierrez (D-IL), will join the rally via video connection from Washington, DC to respond to recent reform campaign developments from the White House. 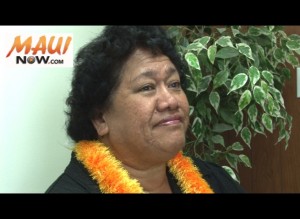 Rev. Tasha Kama, a Native Hawaiian member of the FACE Clergy Caucus on Maui, and Pastor of The Christian Ministry in Wailuku is among those that are supporting the rally.  “Historically, Native Hawaiian values of aloha (love, welcome) and malama (caring) created what is unique about our islands and made us the most successful multicultural society in the world. When families are torn apart because of words on a piece of paper in Washington, DC, that violates who we are out here in the middle of the Pacific,” said Rev. Kama.

FACE MAUI President and Pastor of St. Theresa Roman Catholic Church in Kihei, Rev. Msgr. Terrence Watanabe said, “The failed U.S. immigration system has unleashed an ugly and hateful element in American society. Consistently, clergy of all faiths call for loving our neighbors and welcoming newcomers among us, but a very different message is preached outside our walls. The faith community in Hawaii is coming out to battle this injustice on our streets and to urge Congress to meaningfully reform our immigration laws,” said Rev. Msgr. Watanabe.

FACE is a faith-based grassroots organization in Hawaii founded in 1996. It’s mission is to balance social, economic and community activity with a deep spiritual commitment. 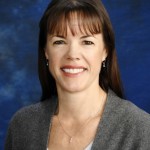